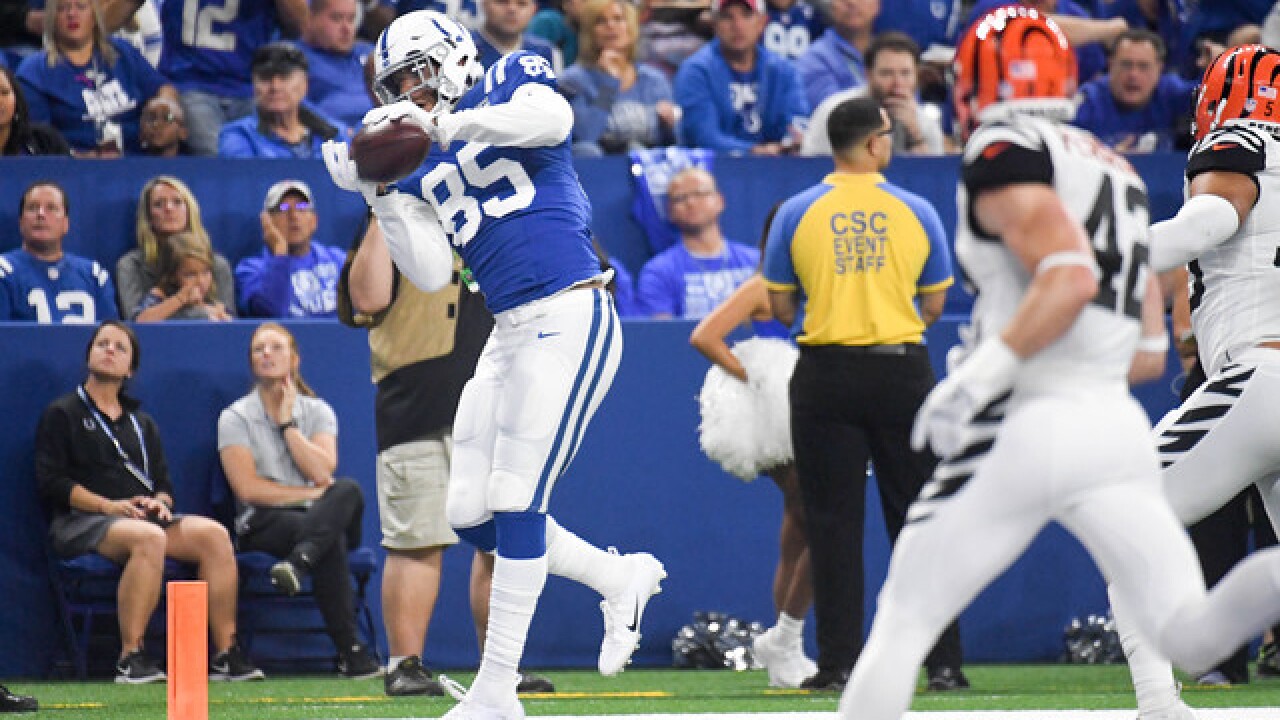 Copyright 2018 Scripps Media, Inc. All rights reserved. This material may not be published, broadcast, rewritten, or redistributed.
Bobby Ellis
<p>INDIANAPOLIS, IN - SEPTEMBER 09: Eric Ebron #85 of the Indianapolis Colts catches a touchdown in the game against the Cincinnati Bengals at Lucas Oil Stadium on September 9, 2018 in Indianapolis, Indiana. (Photo by Bobby Ellis/Getty Images)</p>

Ebron scored on a 26-yard pass from quarterback Andrew Luck in the second quarter Sunday against the Cincinnati Bengals.

After a simple dance, he got on his hands and knees like when a Fortnite character gets downed. Two of his teammates, Nyheim Hines and T.Y. Hilton, "revived" him, and they danced the "Shoot" or "Hype." The dance, sometimes called either name, is when you hop on one foot and kick the other back while pumping your fist.

Colts pulled off a Fornite celebration.

First the revive on @Ebron85 and then the Hype Dance. pic.twitter.com/QPCIHyn6R3

Ebron frequently tweets about Fortnite and other video games. The Hype/Shoot dance didn't originate on Fortnite, but it's gained popularity since it was added to the game.

Fortnite is a hugely popular video game where about 100 players are dropped on a large map, and they shoot, build, and fight Hunger Games-style as the safe zone gets smaller and smaller, until one player (or team) is left alive.

Ebron finished the game with four catches for 51 yards but the Colts lost, 34-23.