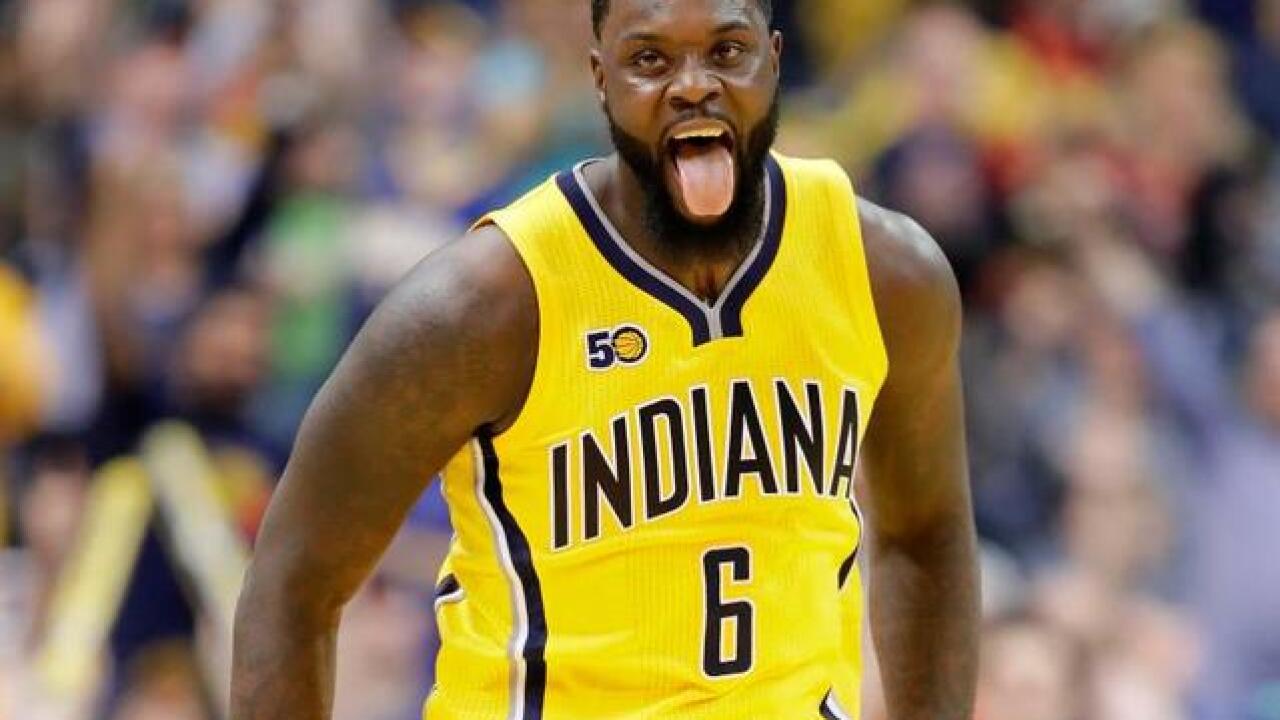 Image copyright 2017 Getty Images. All rights reserved. This material may not be published, broadcast, rewritten, or redistributed.
Andy Lyons
<p>INDIANAPOLIS, IN - APRIL 04: Lance Stephenson #6 of the Indiana Pacers celebrates during the 108-90 win over the Toronto Raptors at Bankers Life Fieldhouse on April 4, 2017 in Indianapolis, Indiana. NOTE TO USER: User expressly acknowledges and agrees that, by downloading and or using this photograph, User is consenting to the terms and conditions of the Getty Images License Agreement (Photo by Andy Lyons/Getty Images)</p>

INDIANAPOLIS -- When the Indiana Pacers decided to not pick up the contract for guard Lance Stephenson, there was always a small chance he could return on a different deal.

That won't be the case, as Stephenson signed a one-year, $4.5 million deal with the Los Angeles Lakers Sunday, definitively ending his run with the Pacers.

Stephenson spent just more than one season with the Pacers on his second run with the team, but it was a memorable one. Stephenson provided many years worth of highlights and goofy moments for fans to enjoy.

~ no longer in indiana, but forever in our hearts ~@StephensonLance pic.twitter.com/ijP5V6k0oE