NBA fines Lakers $500,000 for tampering in pursuit of Paul George 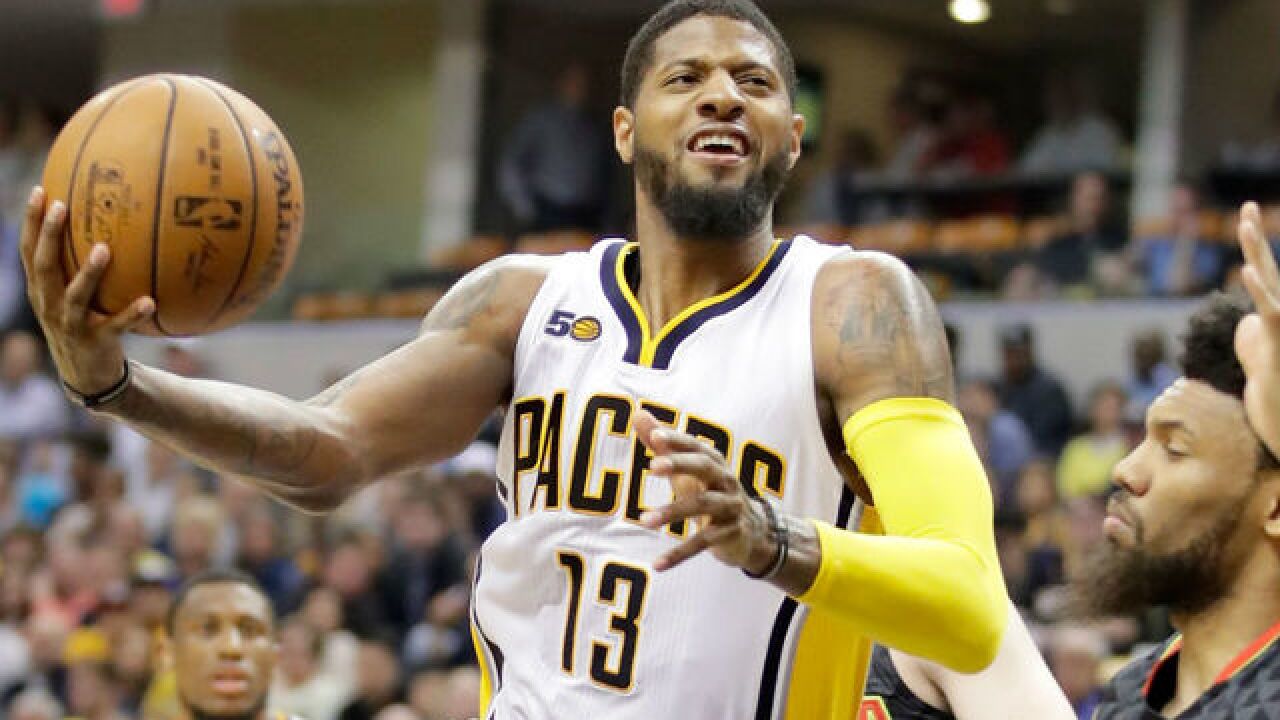 INDIANAPOLIS -- The NBA has fined the Los Angeles Lakers $500,000 for violating the league's tampering rules in their pursuit of former Pacer Paul George.

NBA teams aren't allowed to interfere with players under contract with other teams. They must wait until they are free agents, or discuss a possible trade with the team.

The NBA found that Lakers general manager Rob Pelinka talked to George's agent, and discussed interest in the All-Star forward. The NBA had already warned the Lakers about tampering, when team president Magic Johnson discussed George on national TV.

The NBA found no evidence of an agreement that the Lakers would acquire George, according to a release from the league.

George was under contract with the Pacers until June 30, when he was traded to the Oklahoma City Thunder for Victor Oladipo and Domantas Sabonis.

George had been rumored to go to the Lakers for years. He grew up in southern California and was a big fan of Kobe Bryant.