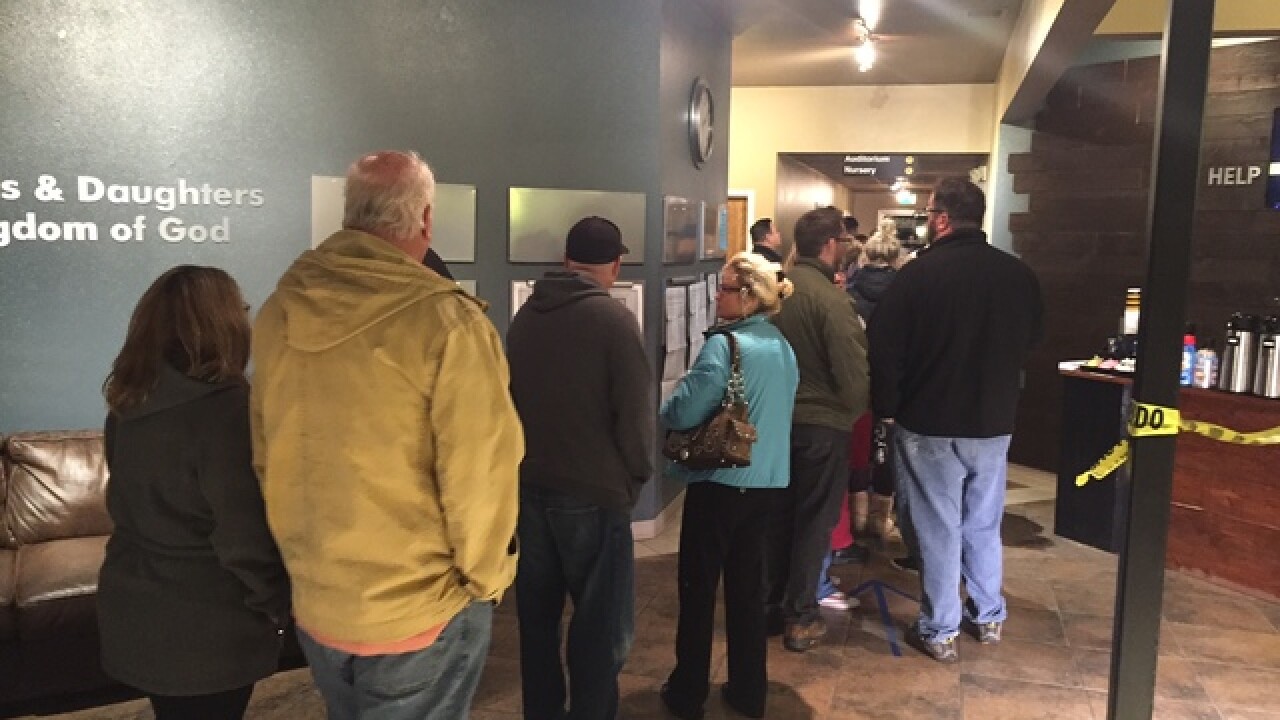 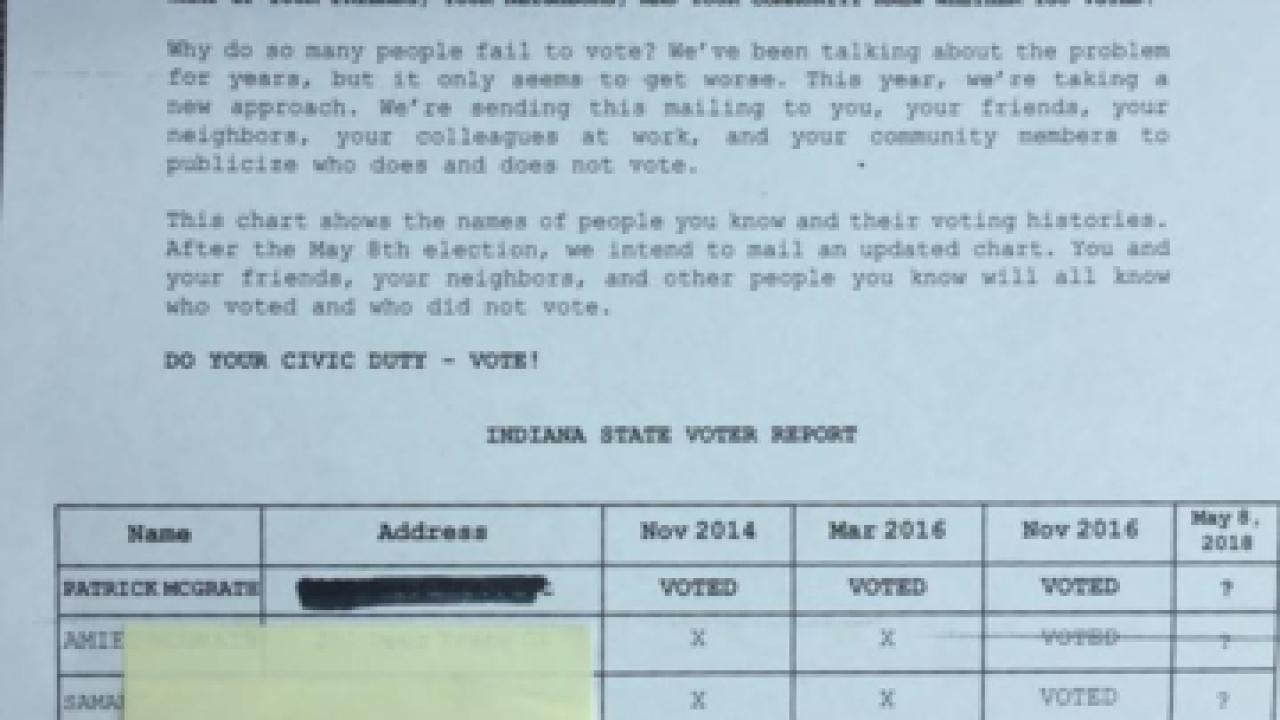 HENDRICKS COUNTY, Ind.--  The Indiana secretary of state’s office issued a warning Friday to voters to disregard letters claiming to be a “state voter report.”

The official-looking letter contains supposed records of whether or not your neighbors voted since November 2014.

The secretary of state’s office has received complaints from Hendricks, LaPorte, and White counties.

The letters list your neighbors names, addresses and supposedly their voter participation for 2014 and 2016.

Patrick McGrath of Pittsboro received one of the letters in the mail and was concerned about the information.

“It listed numerous neighbors, their addresses and years they voted or not (I blocked the other names and addresses to protect their privacy),” McGrath wrote in a Facebook post. “While voting “may” be a public record, it is still a right to vote or not vote. It is not a mandate! Attempting to identify neighbors and even show their address borders on privacy and bullying.”

Although voter participation records are considered public record, Indiana law restricts the availability of those records.

The secretary of state’s office only provides this information to state political parties and legislative caucuses.

“The State of Indiana does not treat lightly its role to strictly limit access to voting records,” said Secretary of State Connie Lawson. “Many of the Hoosiers who have contacted our office have indicated that their voting records, as stated in the letter, were inaccurate.  I would advise anyone who receives the letter to disregard it.”

A spokesperson with the secretary of state’s office said the information often isn’t accurate or reliable.

McGrath said the letter is attempting to shame people into voting.

It’s unclear which group is behind the mailings.  Their website is privately registered.

“Under the Indiana Public Records law, an individual’s voter history (and generally all voter registration information and absentee ballot applications) is available for copying and inspection at a county voter registration office,” said Indiana Election Division Co-Director Brad King. “We would not know whether any of these counties had received public records requests for this data, or how this group would otherwise have obtained this information.”

Call 6 Investigates is trying to get in touch with the Hendricks County election office for a response.

Some research shows people are more likely to vote as a result of "shaming."

One study  found substantially higher turnout among people who received mailings promising to publicize their turnout to their neighbors, illustrating the "profound importance of social pressure as an inducement to political participation."