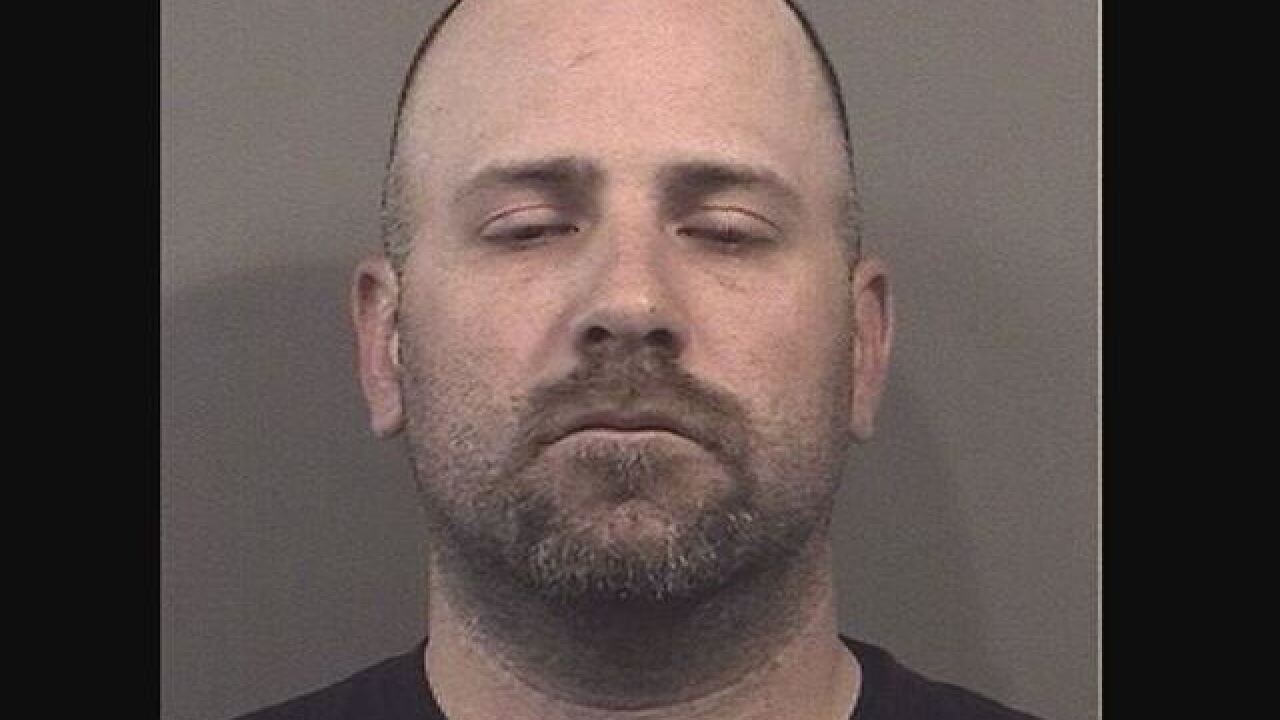 MORGAN COUNTY, Ind. -- A Martinsville police officer is still with the department after the police chief fired him without following the proper protocol.

Brandt Summitt, a full-time officer in Martinsville since 2016, was arrested on April 28 and charged with pointing a loaded firearm at another person, resisting law enforcement, and public intoxication.

But on May 10, Long said the officer was on the force.

“He is currently on unpaid administrative leave,” said Long in an email to RTV6.

Indiana statute says before a police officer can be demoted or dismissed, a safety board should offer the officer an opportunity for a hearing, which is supposed to happen no more than five days after the dismissal notice.

In Martinsville, the matter is supposed to go before the Board of Public Works and Safety, according to city councilman and board member Eric Bowlen.

Bowlen said the board has not yet heard any proceedings on the discipline of officer Brandt Summitt, and Bowlen said he could not give out any further information since it is a matter under investigation.

An attorney for the city said the chief did not realize the officer is entitled to due process under Indiana law.

“The chief was mistaken on that procedure, however, that is not uncommon,” said Chou-il Lee, an attorney representing the city of Martinsville.

Lee said because police officers have to go through certification and the academy, they have more protections under Indiana law when it comes to discipline.

“The chief did not have the authority to fire or terminate a police officer,” said Lee. “There was no termination. The chief was mistaken in his statement.”

A hearing date has not yet been scheduled before the Board of Public Works and Safety regarding Officer Brandt Summitt’s employment.

“The chief can certainly recommend the termination of the police officer to the board, but the ultimate authority rests with the board to terminate, suspend or demote,” said Merchant.

Merchant said the officer has requested a hearing before the board, but that will likely be delayed until the criminal matter is resolved.

Summitt’s attorney in the criminal matter, Benjamin Strahm, said he had no comment on the case.

No future court dates are listed for Summitt’s criminal case.

On April 28, Greenwood Police were dispatched to the event venue Barn at Bay Horse Inn for a report of an intoxicated man in the parking lot with a gun.

When Greenwood Police arrived on the scene, Summitt walked into a nearby wooded area and police used a K9 to try to find Summitt.

“Once the male rolled from his back to his stomach, he began to reach his hands toward the small of his back,” read the police report. “I continued to give loud verbal commands to the male to show me his hands and to not reach for anything. Eventually, the male placed his hands straight out over his head.”

Under the bush where Summitt was located, officers found a fully loaded Glock 27 firearm with one round in the chamber.

Once arrested, Summitt blew a 0.238 on a portable breath test, which is three times the legal limit.

A witness said Summitt pulled out the handgun and told her to “back the f*** up” and then pointed the gun at his pregnant wife and another man standing in the parking lot.

Other witnesses told police Summitt was waving his gun around.