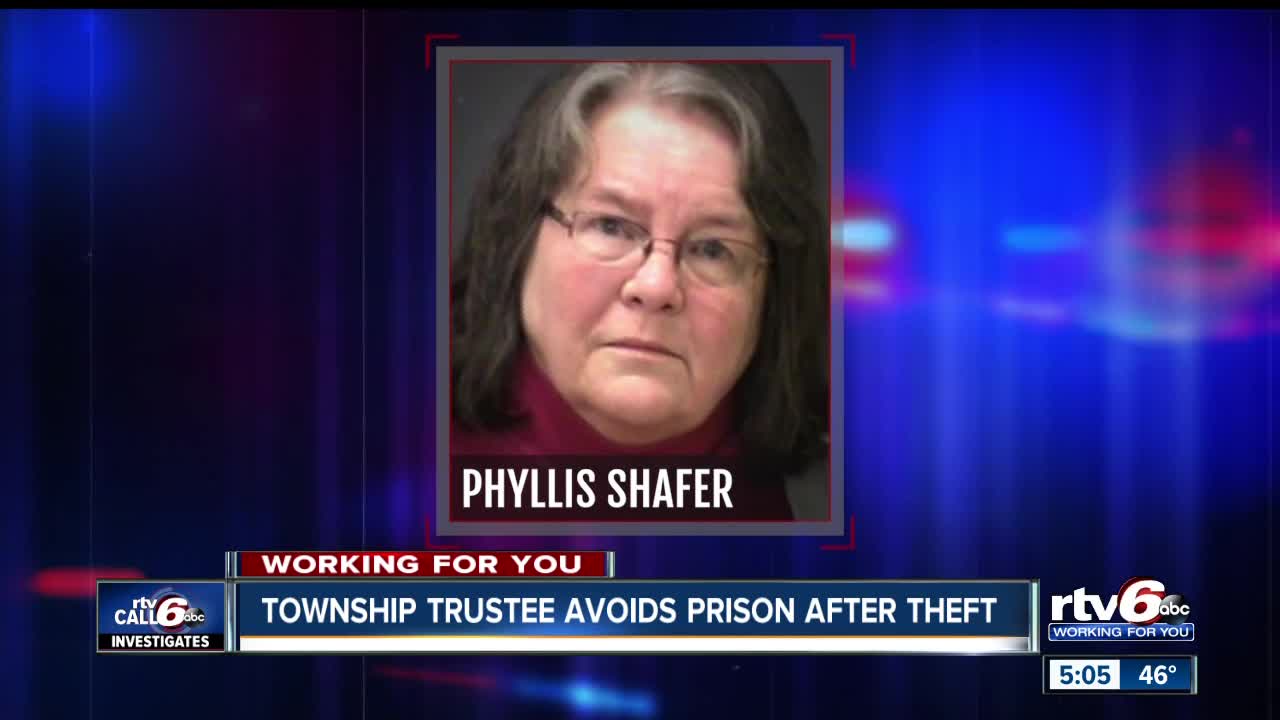 he human remains found in August at an Indianapolis park belong to a man killed by MS-13, the FBI said Thursday.

As part of a plea agreement, Shafer pleaded guilty to five felony counts of theft and prosecutors dismissed the remaining charges, including official misconduct.

Shafer must pay $1,365 in restitution to the Liberty Township Trustee Board, $2,707 to the State Board of Accounts and $11,207 to Cincinnati Life, the township’s bonding company.

Records show Shafer is still serving as the township trustee, but her term expires on Dec. 31.

When Call 6 Investigates called the township office Thursday, a woman answered and said Shafer was unavailable.

Shafer is accused of stealing more than $9,000 from the taxpayers in the eastern Henry County community of 1,455 people.

When a public official is convicted of crimes involving their work in public office, they can be forced to forfeit the elected position.

She and the township clerk, John Shafer, also received reimbursements for supplies and services without the proper documentation including computer ink, stamps, tree removal, and cemetery repair.

“No evidence was provided to support the validity of these payments,” according to the audit.

Current law allows for township officials to be married to each other, such as a township trustee and township clerk.

The township also racked up $1,365.34 in penalties and interest from the Internal Revenue Service because claims and taxes were not submitted on time.

The audit also pointed out that the trustee served as the township executive and the township fiscal officer, and was responsible for all aspects of the township’s financial activity.

“As a result, there was no oversight of Township financial activity on an ongoing basis by another individual,” read the audit. “Due to this lack of segregation of duties, fraudulent payments and improper recordkeeping were able to occur and not be identified timely.”

State auditors spent so much time looking for records, they racked up additional investigation costs.

Phyllis Shafer has been in office since at least Jan.1, 2011, records show.

When questioned by state auditors, Shafer said that she was “messed up.”

When contacted by Call 6 Investigates in 2016, Phyllis Shafer asked if the audit would be on the news, but did not provide any further comment.