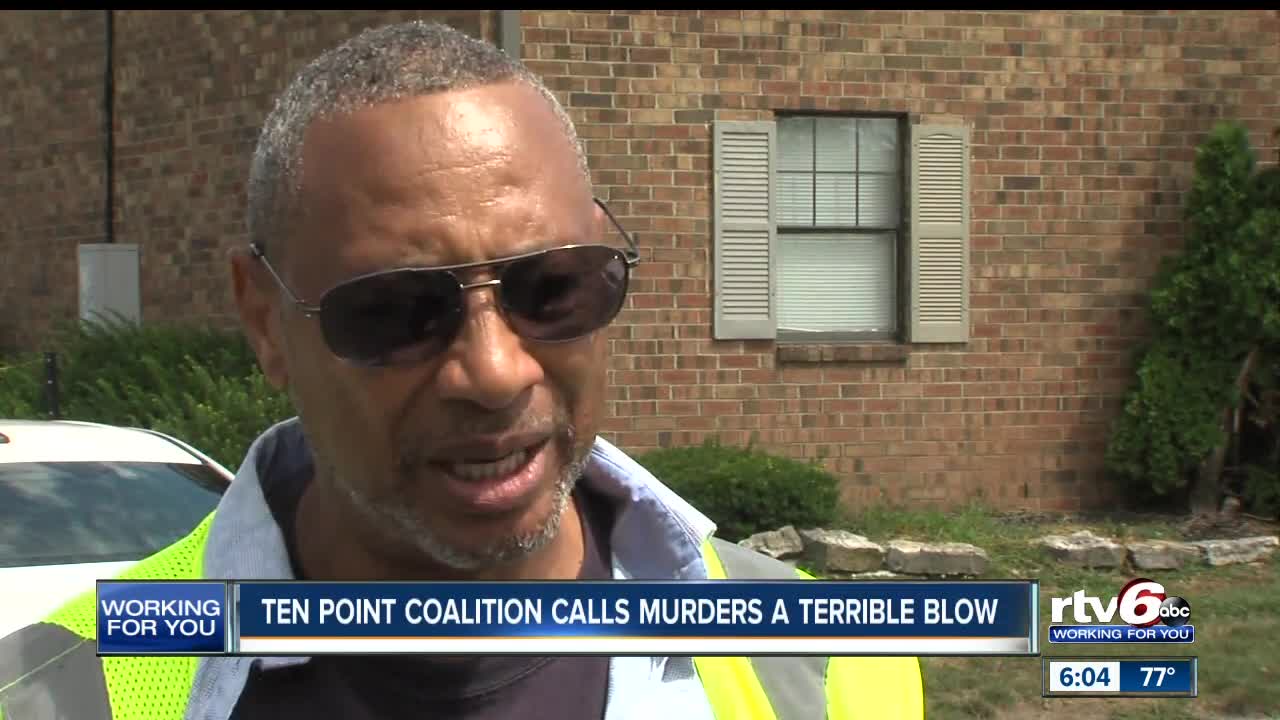 INDIANAPOLIS — The murders of 15- and 16-year-old siblings on Friday morning took place in an area patrolled by the Indy TenPoint Coalition.

Rev. Charles Harrison, the president of TenPoint, tweeted out his frustration after news broke of the teens being shot and killed near East 42nd Street and North Post Road.

There does not seem to be a place of safety from this senseless violence. My heart is just broken about the 2 people killed inside the apartment this morning on the Far East Side. This is inside the @Indytenpoint patrol area that had gone 430 days without a homicide.

Reverend Harrison added that this area had gone 430 days without a homicide.

RTV6 talked to a TenPoint member who knew the victims.

"These are basically our children, too," Leroy Smith, with TenPoint Coalition Far East Side, said. "We've been over here for over 400 days, and we've built a relationship with all of them and they trust us and we kind of look at them and look up to them to be leaders over here so when we found out the news it was a terrible blow to us and the TenPoint Coalition. We didn't get wind of this, and because of not only us but others that didn't get wind of it this is the outcome that we're having today."

Members of the TenPoint Coalition plan to hold a vigil at some point soon.

Indianapolis City-County Councilor La Keisha Jackson released the following statement in response to the shooting death of Nicholas and Ashlynn:

“It is hard to find words to express the heartbreak all of us feel at the unnecessary violence plaguing the youth in our community, and for the unimaginable loss Nicholas and Ashlynn’s mother and family have been dealt. I call on the entire Indianapolis community to unite behind her and the entire Nelson family, as we all grieve the senseless loss of these two beautiful children. May God bless them all.
The city and the Far Eastside community have been working hard to reduce gun violence and violent crime in our neighborhoods. Today’s events will only make us work harder to bring our community together in peace.”