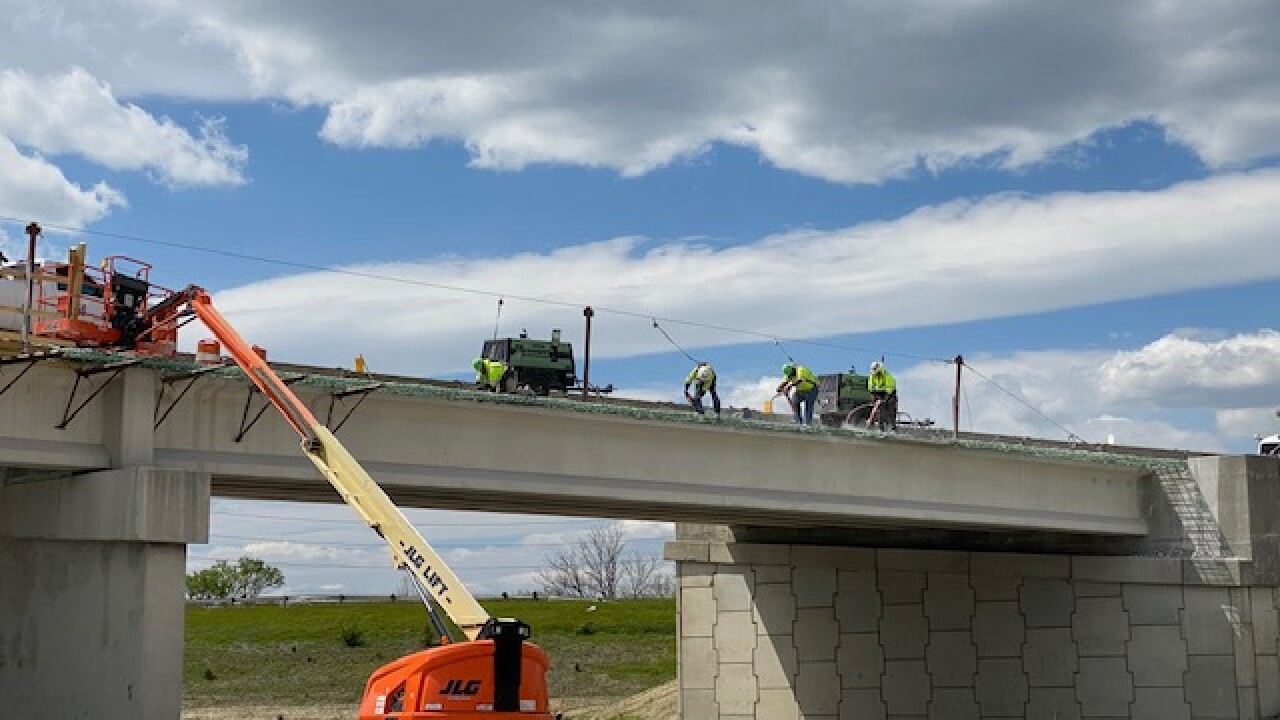 Indiana Department of Transportation
Work crews make permanent repairs to an interstate bridge that was damaged Feb. 20. 2020, when a tanker truck crashed and exploded.

INDIANAPOLIS — Nearly three months after it was damaged in a horrific tanker truck explosion, permanent repairs are almost complete on an interstate bridge on the east side of Indianapolis.

The ramp leading from southbound Interstate 465 to eastbound Interstate 70 is scheduled to reopen Friday after it closed last week while workers make repairs to the ramp that was scorched on Feb. 20 when a tanker carrying 4,000 gallons of jet fuel overturned and exploded. One lane on the bridge had been open since the days following the crash.

The tanker truck driver, Jeffrey Denman, 59, of Brownsburg, died two weeks after the crash. Three good Samaritans were credited with risking their lives to get Denman out of the wreckage.

Remember the tanker explosion? Seems like a year ago. We have crews on I-465 SB to I-70 EB doing a permanent fix on the bridge. It will be closed until 5/22. pic.twitter.com/6217Zdn9Dd

PREVIOUS | Tanker driver critically injured after crash and explosion on Indy interstate | 'I'm going to get you out': Good Samaritan discusses rescuing tanker truck driver | Driver of jet fuel tanker that exploded on I-70 dies two weeks after crash