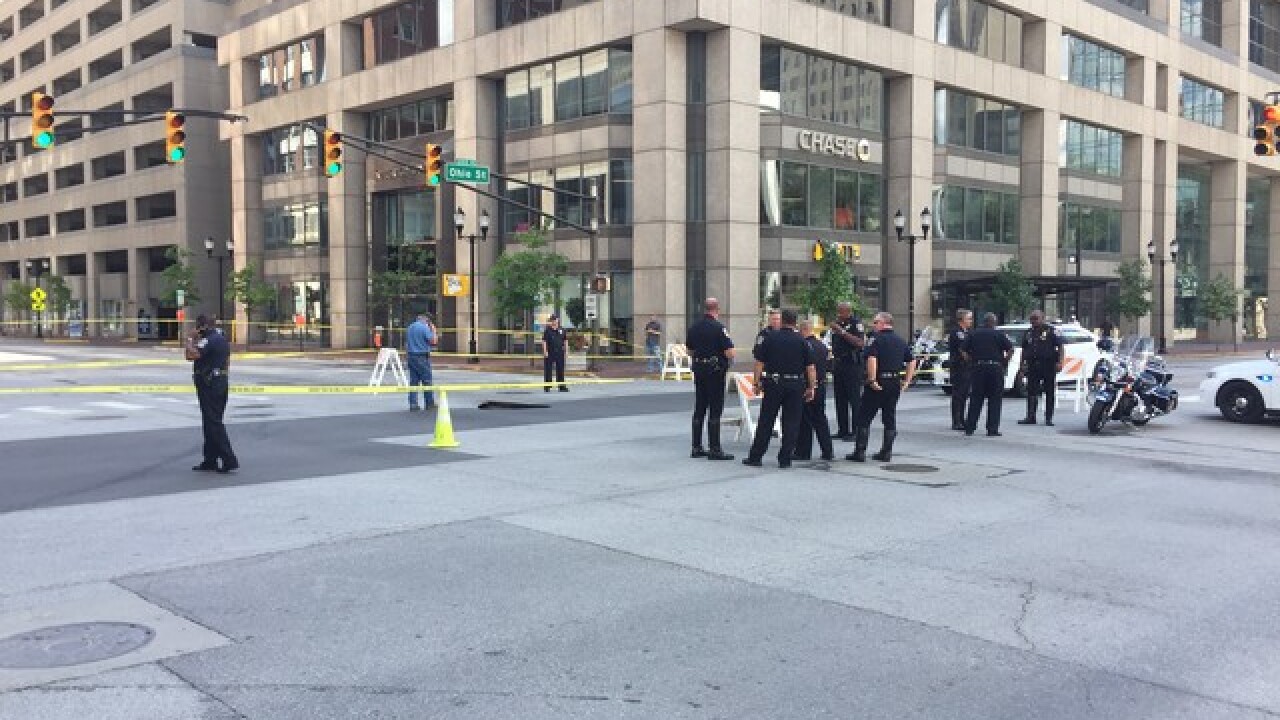 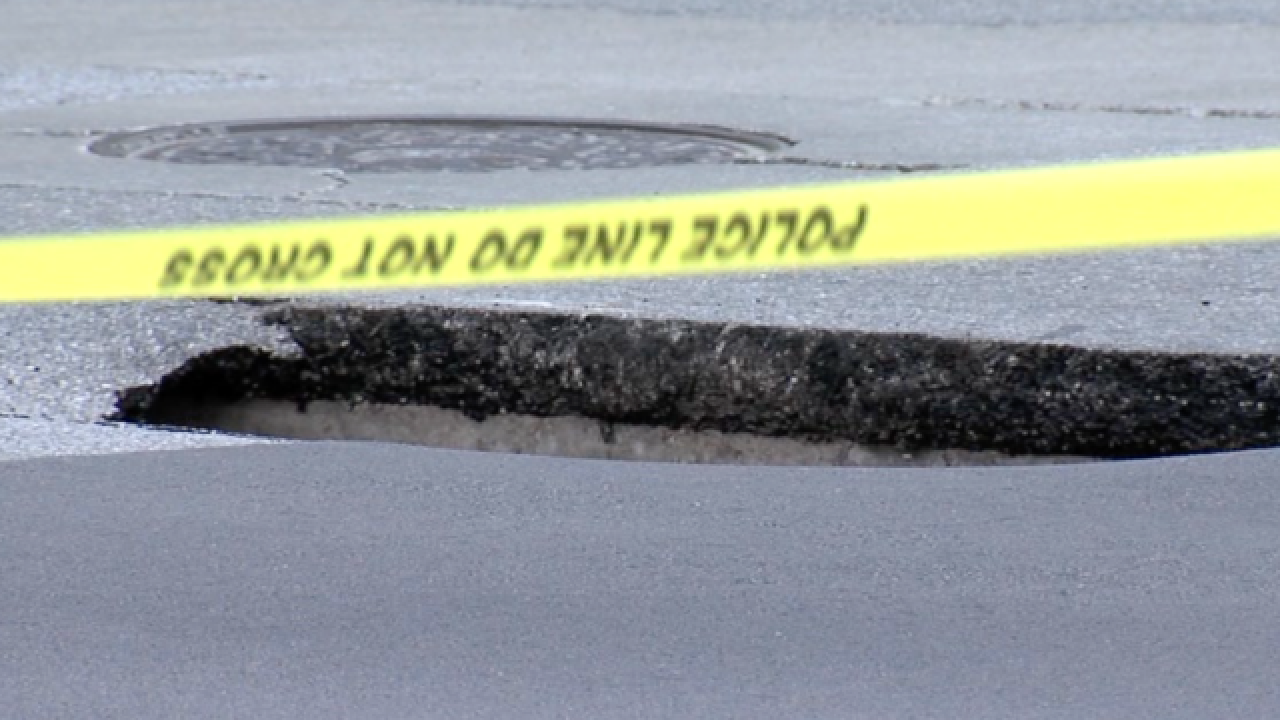 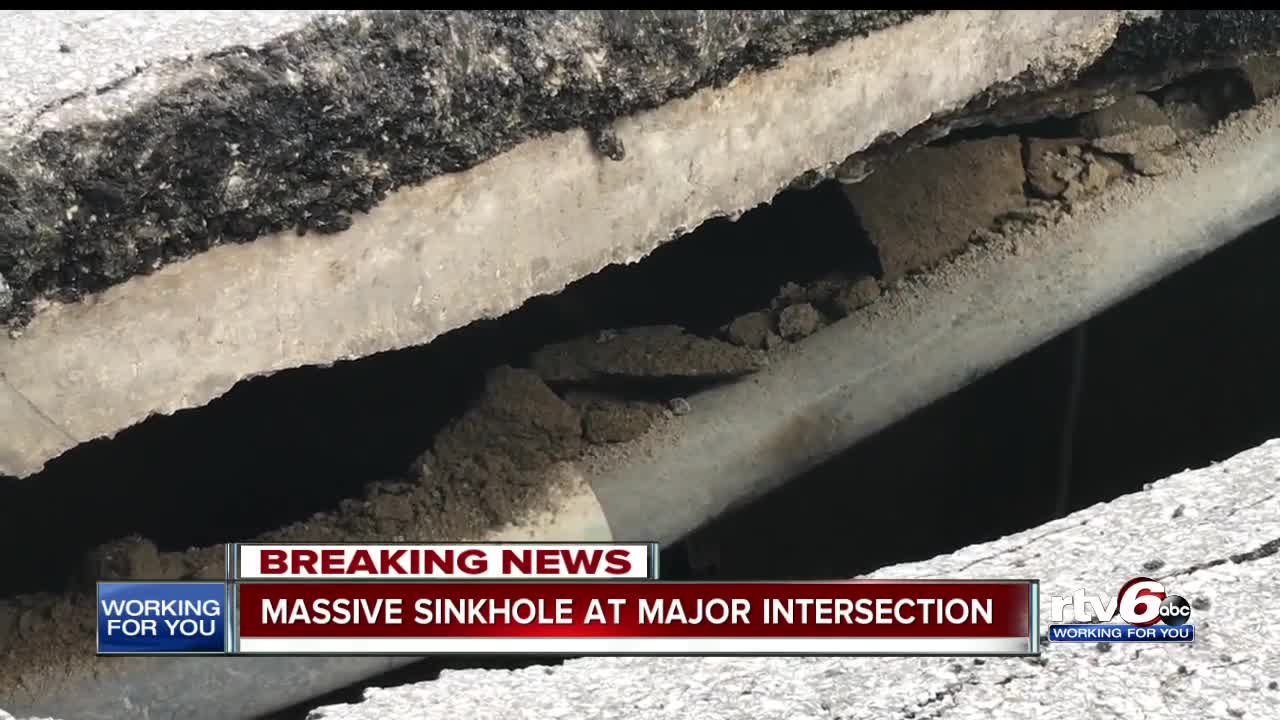 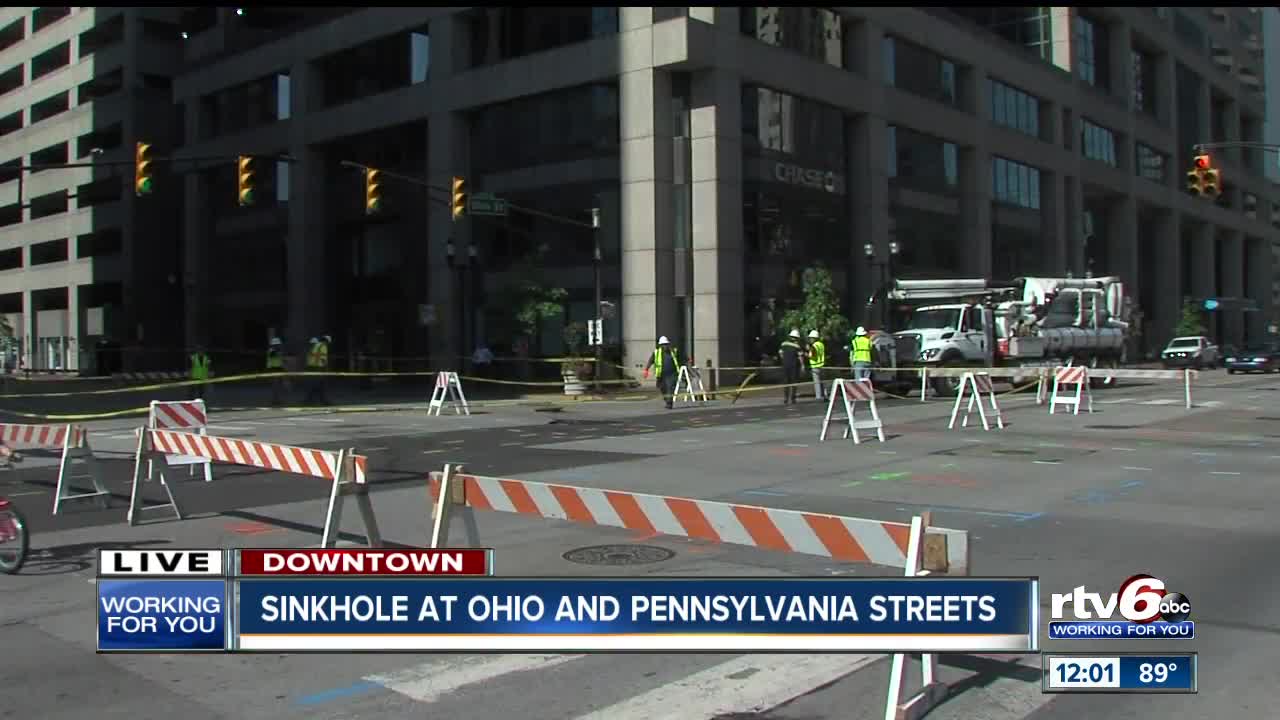 INDIANAPOLIS -- The Indianapolis Metropolitan Police Department closed part of Pennsylvania Avenue after a large sinkhole opened up in the intersection of Ohio and Pennsylvania streets.

The intersection will be closed through the weekend, a spokesperson for Citizens Energy said.

It was caused by the failure of a sewer line that was more than 100 years old. Indianapolis fire officials say the sinkhole is 17 feet wide and more than 10 feet deep.

"It's actually a breach of the sewer system, so no water issues are expected," said Rita Reith of the Indianapolis Fire Department. "There's no other threat than it's just an unsafe place to be for foot traffic or vehicular traffic.

The Department of Public Works says if you regularly park in the Salesforce Tower, go to the Market Street entrance and you should be just fine.

If you are headed downtown for fireworks please reroute your travel and stay out of area. Traffic shut off in all directions pic.twitter.com/giwNWrw7dn