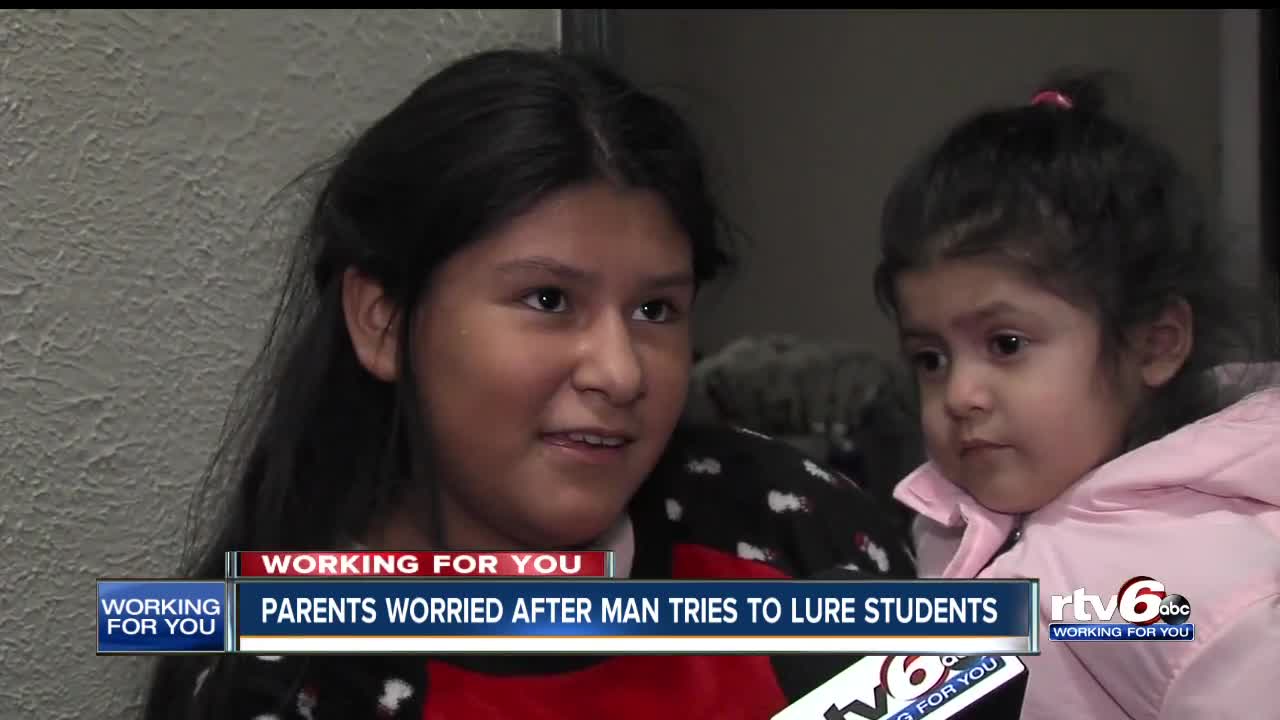 Two students told police that they were approached at the Westlane bus stop in the area of the Creekside Apartments by a heavy-set white male in a tan or brown four-door sedan who asked if they "needed a lift."

Police say the students immediately left the area and the man drove off. When they boarded their bus a short time later they immediately told the bus driver what had happened and the bus driver follows appropriate procedures and contacted security and transportation. Indianapolis Metropolitan Police Department officers in the north district were also alerted.

In a message sent to parents, Washington Township schools say they will have increased security when students return from winter break on January 7.

If anyone has any information about the incident or anything suspicious in the area contact IMPD, Wayne Township Police or Crime Stoppers of Central Indiana at 317-262-8477.

The following message was sent to parents Thursday afternoon.

“Greetings Washington Township community: This is Brian Clouse, Chief of School Police for Washington Township. We wanted to share with you information about an occurrence at one of our Westlane bus stops in the area of the Creekside Apartments on Westlane Rd. that happened this morning, December 20th. Two Westlane students reported that they were both approached at their bus stop by a heavy-set white male in a tan or brown four door sedan and asked if “they needed a lift.” These students immediately left the area; when they boarded their bus, they immediately communicated what happened to the bus driver. In turn, our bus driver followed appropriate procedures immediately contacted security and transportation, who then alerted the Indianapolis Metropolitan Police Department’s North District officers in the area.

The MSDWT will be providing extra security in the area this afternoon; we will also work with the Indianapolis Metropolitan Police Department to ensure that extra patrols occur in this area upon our return from winter break on January 7, 2019. As always, we encourage anyone to immediately report suspicious activity in and around bus stops to the MSD Washington Township School Police and Indianapolis Metropolitan Police Department. Our first priority is for the safety and security of our students; in this instance, we are proud of how our two students responded today. “