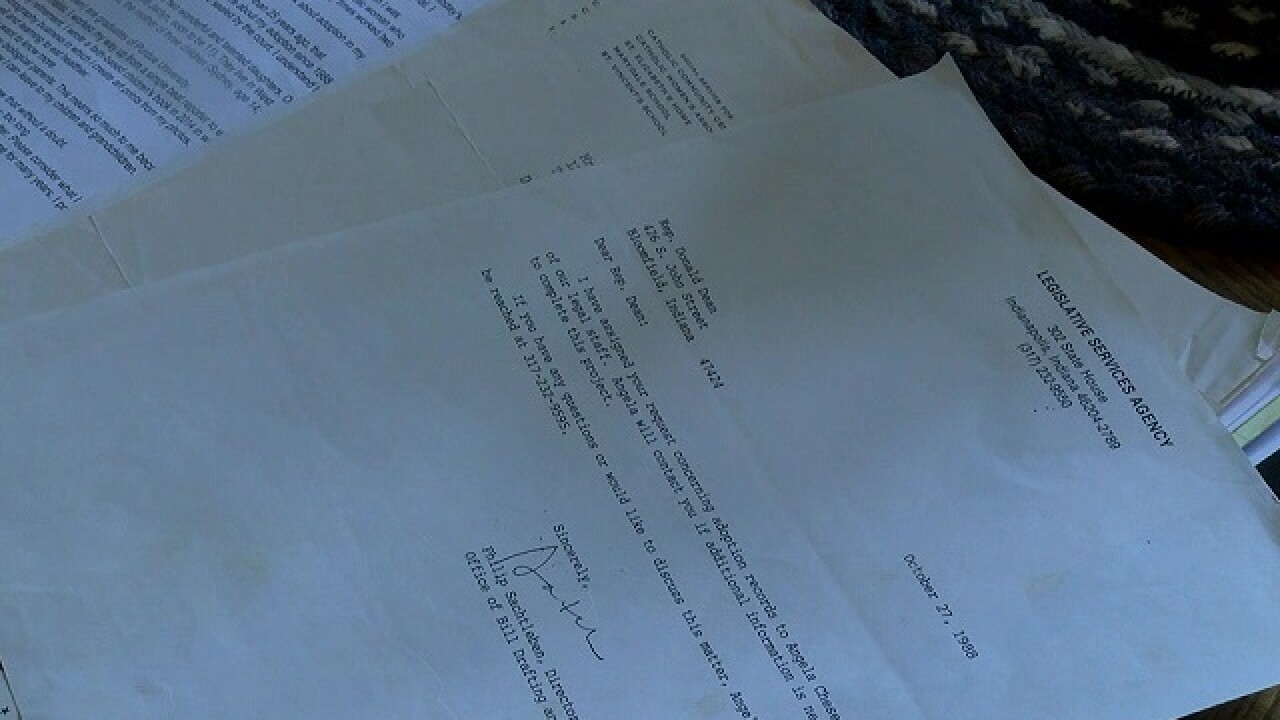 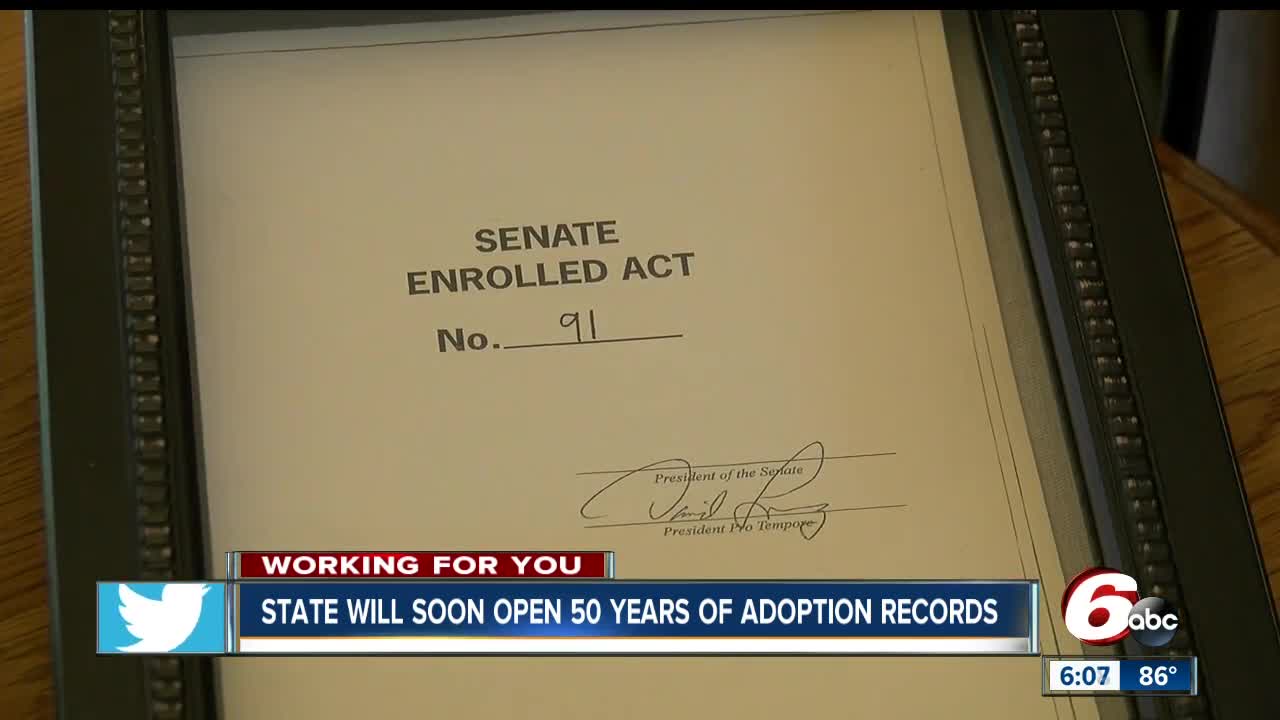 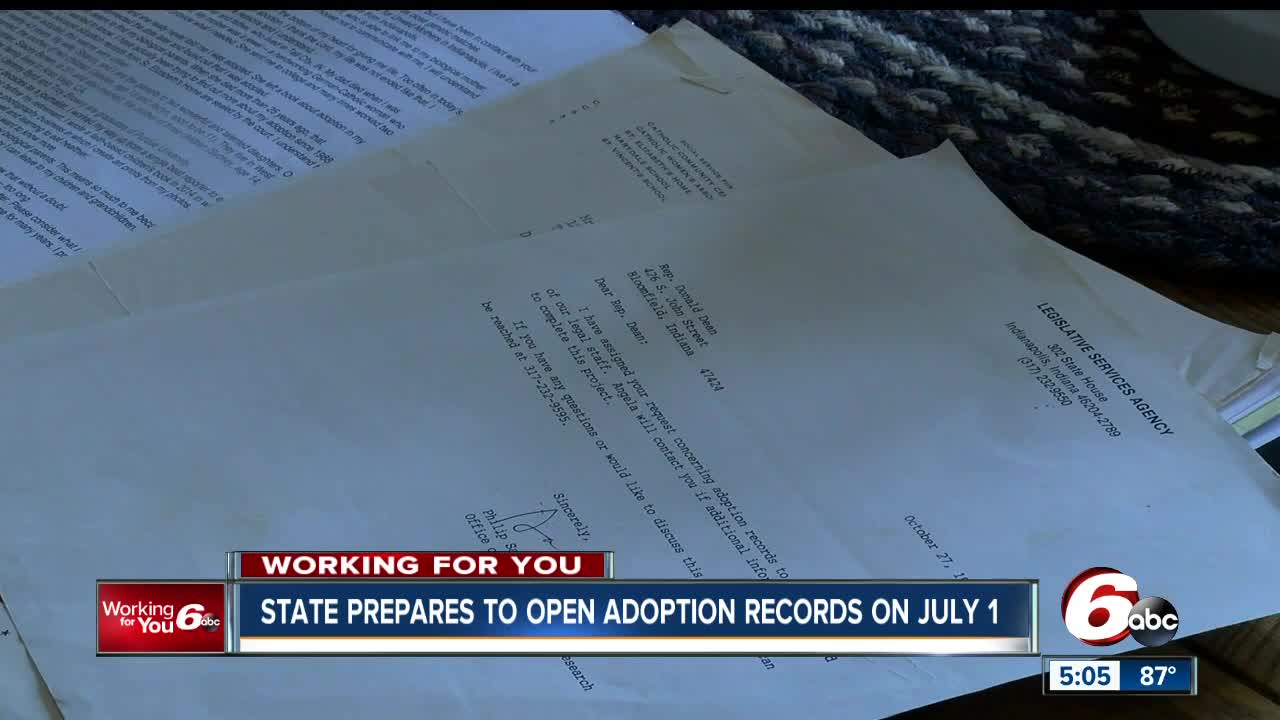 INDIANAPOLIS -- A new law that takes effect July 1 will open state records for people adopted between 1941 and 1993.

Nick Schneider was adopted as a baby in 1953 and wants to know who brought him into this world.

"I'm not really interested in blending into anyone's family. But, I would look her in the eye, seriously, and thank her. For the gift of life," said Schneider.

Schneider started searching for his biological parents in 1988, and now he'll have an opportunity to learn their names.

"Just overwhelming. It really is. Means so much to my family. Heritage is important, and my children and grandchildren deserve to know the truth," said Schneider.

For Lisa Poulakis, it's a chance to learn vital medical information.

She knows her birth mother was 16, but she doesn't have any other information about her.

"I'm excited to be able to know her name at least, things about her, I've always wanted to know how I look like," said Poulakis.

Opponents of the law argue it breaches the privacy of birth parents.

Birth parents who placed a child up for adoption prior to 1993 will have the chance to fill out a form with the Indiana State Department of Health asking not to be contacted.