Greenwood roundabout construction causes closure of major intersection, confusion: How to get around 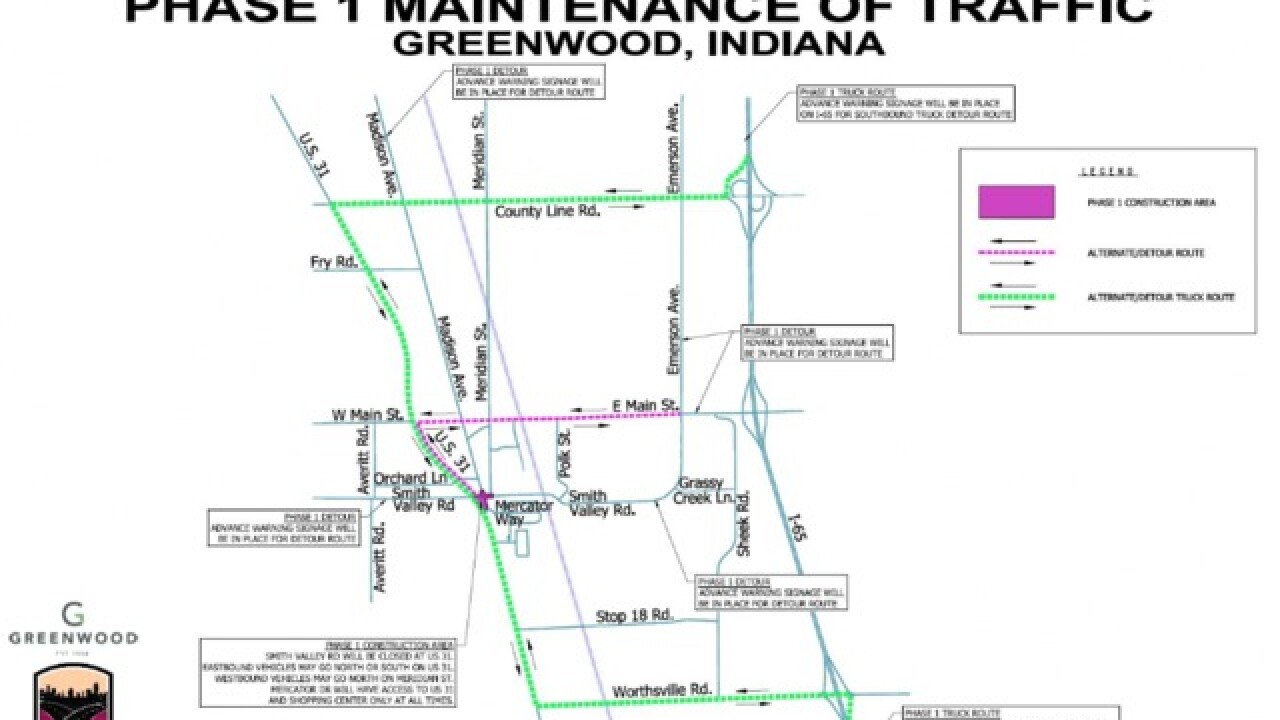 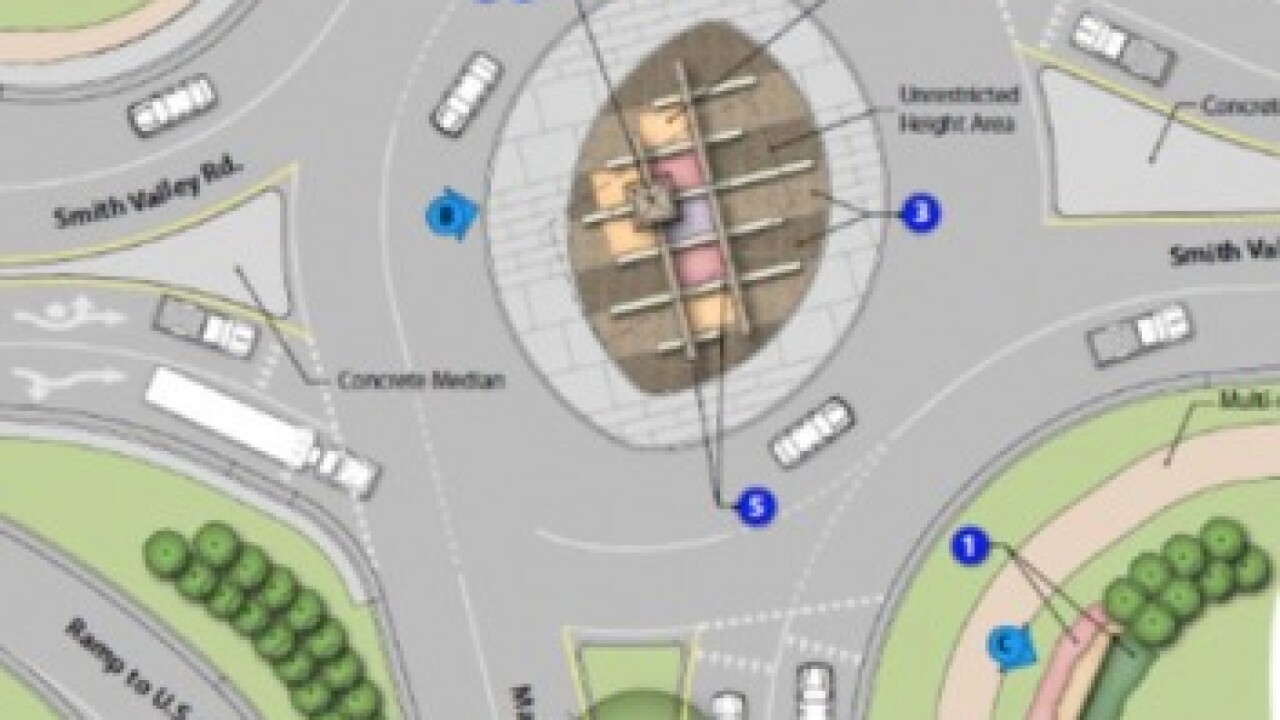 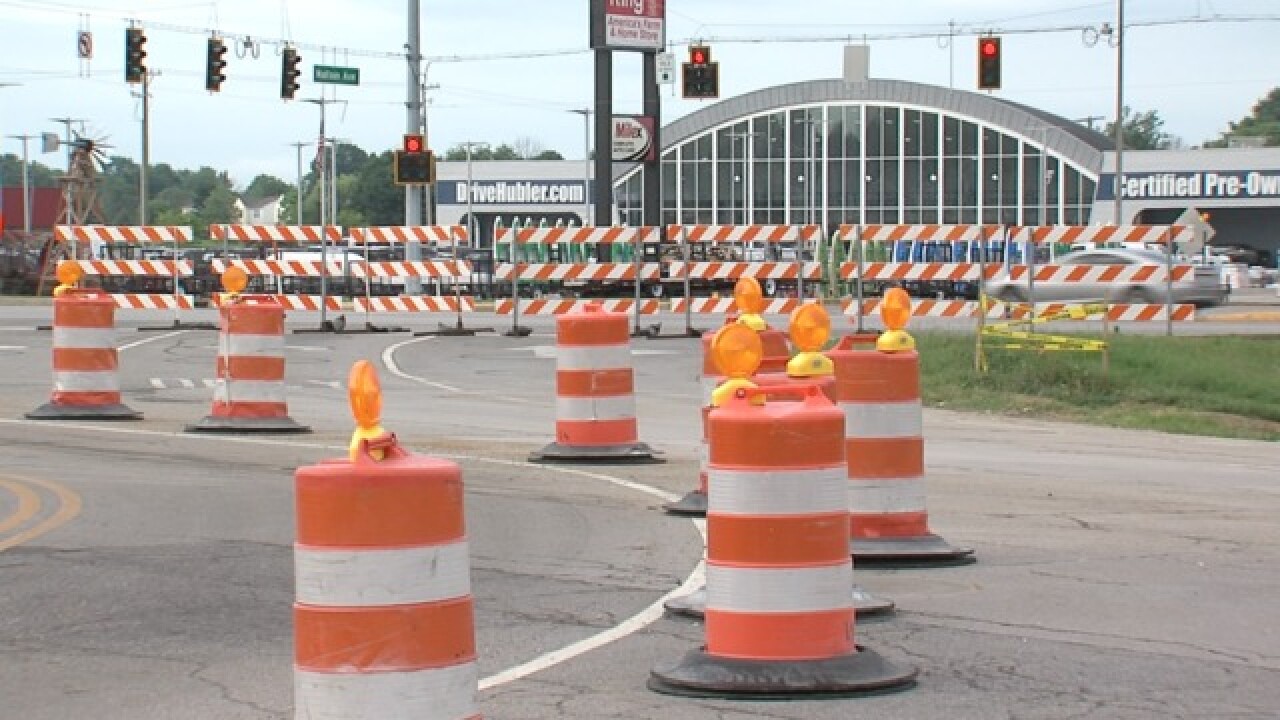 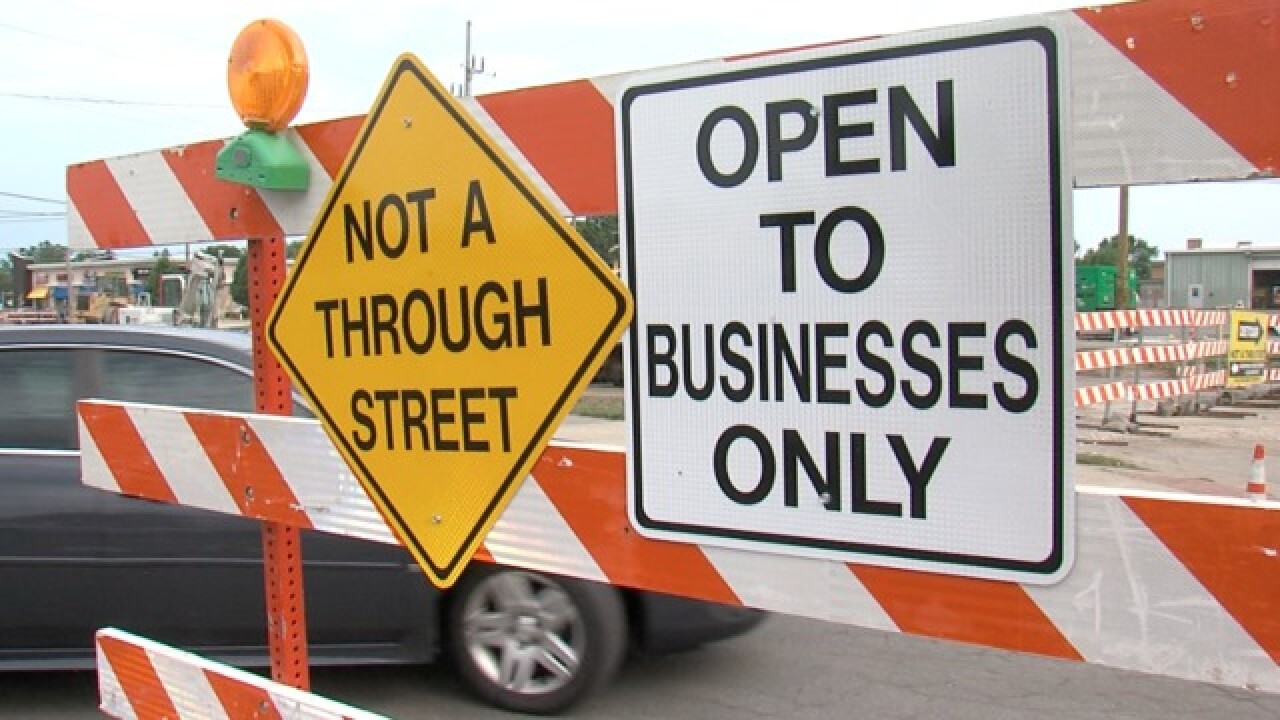 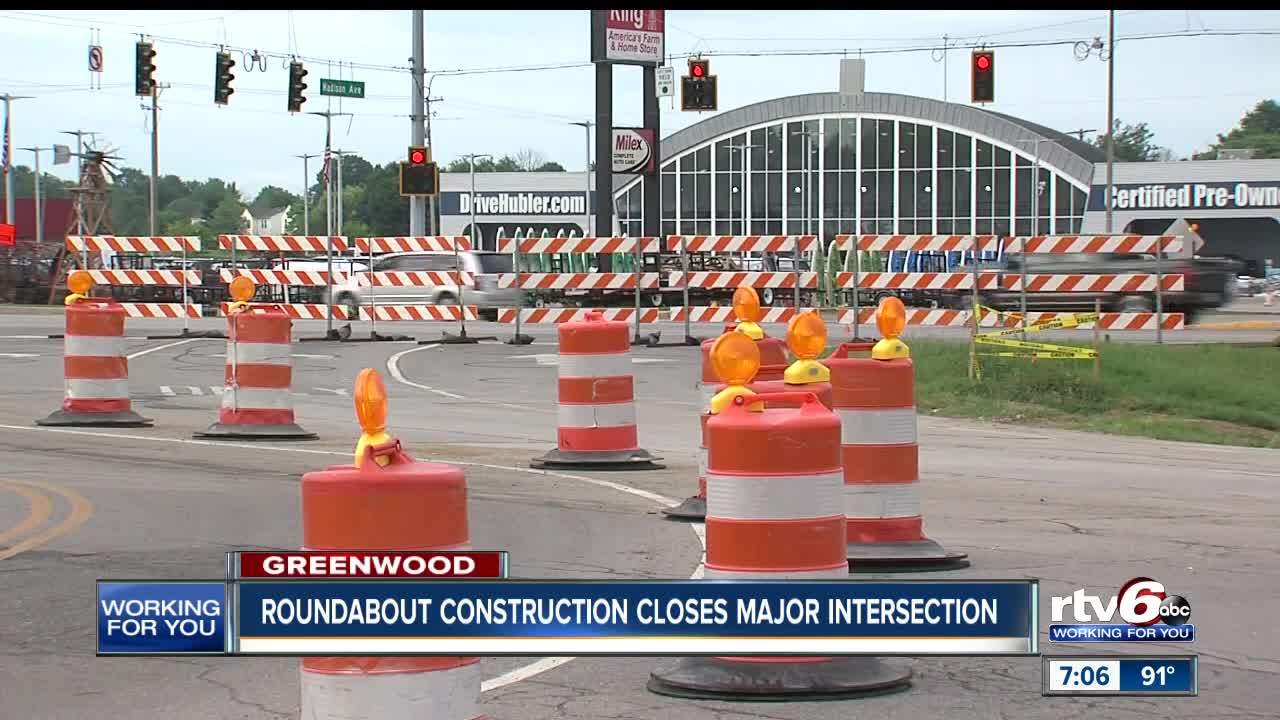 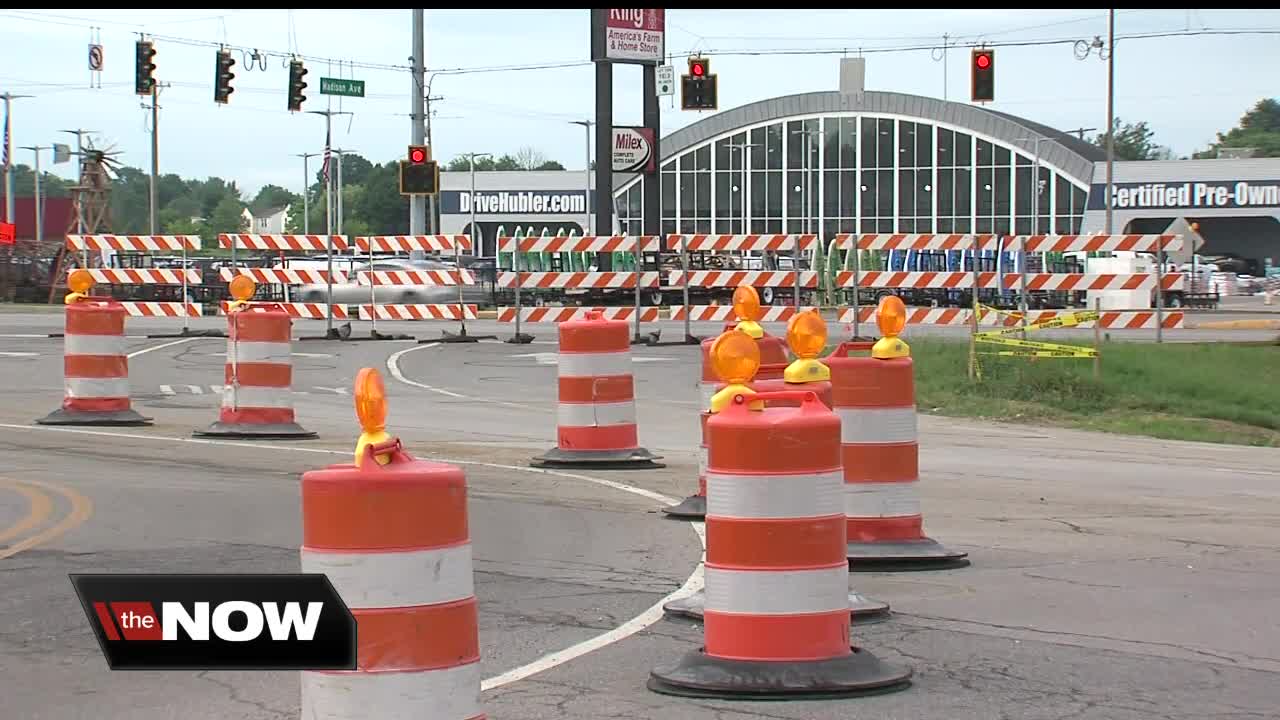 GREENWOOD, Ind. -- A $3.7 million project is underway to create a new roundabout in Greenwood, at one of the busiest intersections in town -- Madison Avenue and Smith Valley Road.

This intersection has caused backups and delays for years, so the hope is the transition to a roundabout will cause traffic to flow smoothly and provide a safer driving experience.

The project consists of transitioning the current traffic signal system to a roundabout, but to do that, the intersection, which sees roughly 30,000 vehicles on any given day, must be closed.

This closure has caused a little bit of confusion, as detours are needed to make your way around town.

Alternate routes include taking Main Street to U.S. 31, or County Line Road to U.S. 31 to Worthsville Road to reach I-65.

Community members, for the most part, seem to welcome the idea of the roundabout.

"Roundabouts give me an opportunity to just move on through traffic, rather than simply waiting," said John Morton, who’s lived in Greenwood for 13 years. "It eliminates the probability that I’ll get T-boned somewhere."

Two women parked in a nearby lot were confused about the road work.

"I'm headed towards the courthouse, and we always go down 31 and then we turn down Madison Avenue, but we didn't know that there was road construction. So now, we're all confused,” said Columbus resident Ariel Gutana.

Luckily, Gutana didn't have anywhere to be quickly.

"If you're on a tight schedule and you ran into this, and you didn't know it, and you're late for your court date," Gutana said as she laughed and shook her head.

With all of the road work, local businesses are also feeling an impact.

Bodenbender said despite the loss of business, she isn’t too worried.

"We're not in trouble," Bodenbender said. "Our customers are very loyal. We also have pickup and delivery services available, so a lot of our customers have switched over to that."

Bodenbender said she thinks it’ll all be worth it in the long run.

“Right now, it's a little messy and a lot of businesses are suffering. But if we look at the big picture of it, once it's all said and done, I think it's really going to make a lot of improvement,” said Bodenbender.

Phase one of the project is underway right now and will continue for 90 days.

Phase two will pick up right after phase one completion and will continue for 30 days.