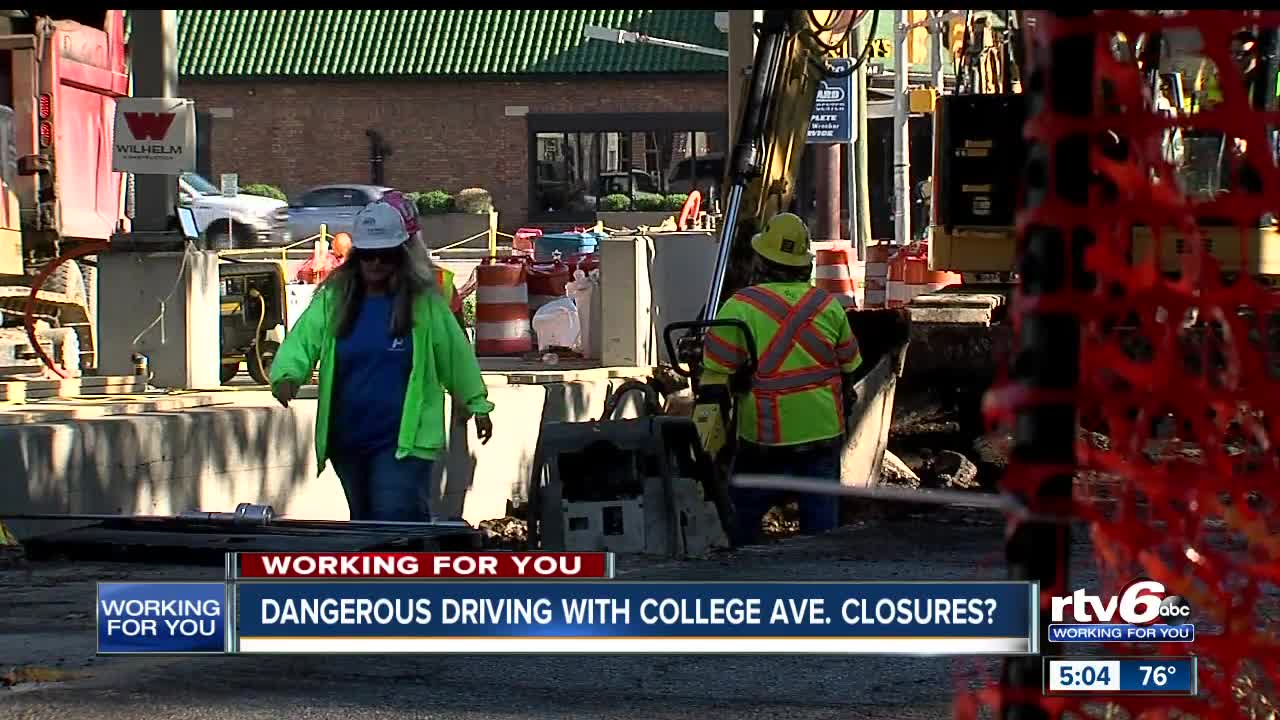 Construction has been in full swing along College Avenue for months as part of the IndyGo Red Line project.

INDIANAPOLIS — Construction has been in full swing along College Avenue for months as part of the IndyGo Red Line project.

In the past week or so, drivers have probably been detoured to side residential roads because of closures along the route, while crews install components of bus pads, leaving some neighbors concerned over safety.

"Cars are going through the neighborhood and running stop signs and going really fast," Susan Duffy, who's lived in the Forest Hills neighborhood nearly 20 years, said.

"We were hoping that there'd be more of a presence to make sure that people don't just cut through the neighborhoods at high speeds and run stop signs," she said.

Duffy said she stood outside of her home for all of five minutes and took footage (watch in the video player above) of the detoured traffic down her street, in which you can see car after car rolling right past a stop sign.

"This was a quiet neighborhood. You'd never know it now," Kathryn Lerch, a 40 year resident of Forest Hills, said. "This was just a little residential street, but we just had six cars go through in the last 30 seconds."

After Tuesday's bus pad installation at College Avenue and Kessler Boulevard, there's only one station left of the seven stations along College.

Nonetheless, the disregard of traffic laws is alarming — especially on the street with young children — during peak hours of the day.

"People are going downtown to work, people are going up north, and an intersection that gets I think over 20,000 cars a day is completely blocked off in both directions," Duffy said.

Residents said they're more than ready for the project to be complete.

"I won't miss the construction; I'll be glad when it's gone. Good riddance," Lerch said.

College Avenue will be closed on Wednesday, weather permitting, near Broad Ripple Avenue for installation on the bus pads at the last remaining station.

Repaving between 38th Street and 66th Street is expected to begin on Thursday, weather permitting.