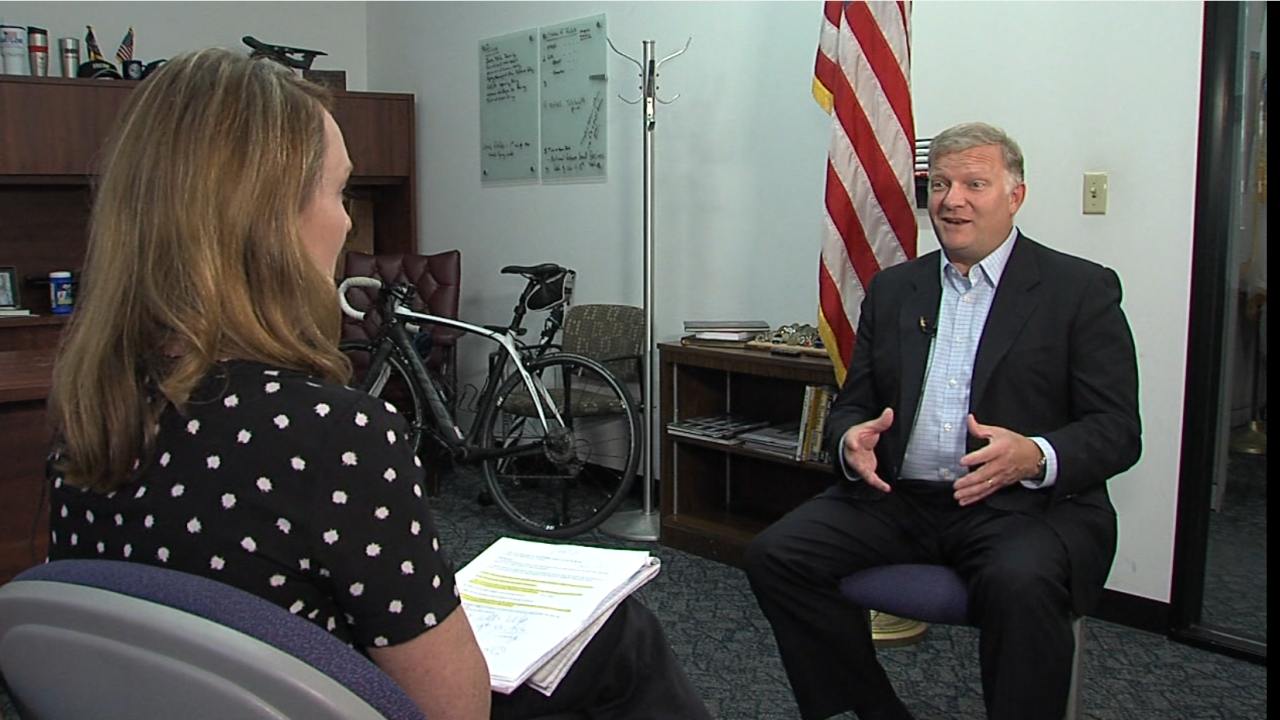 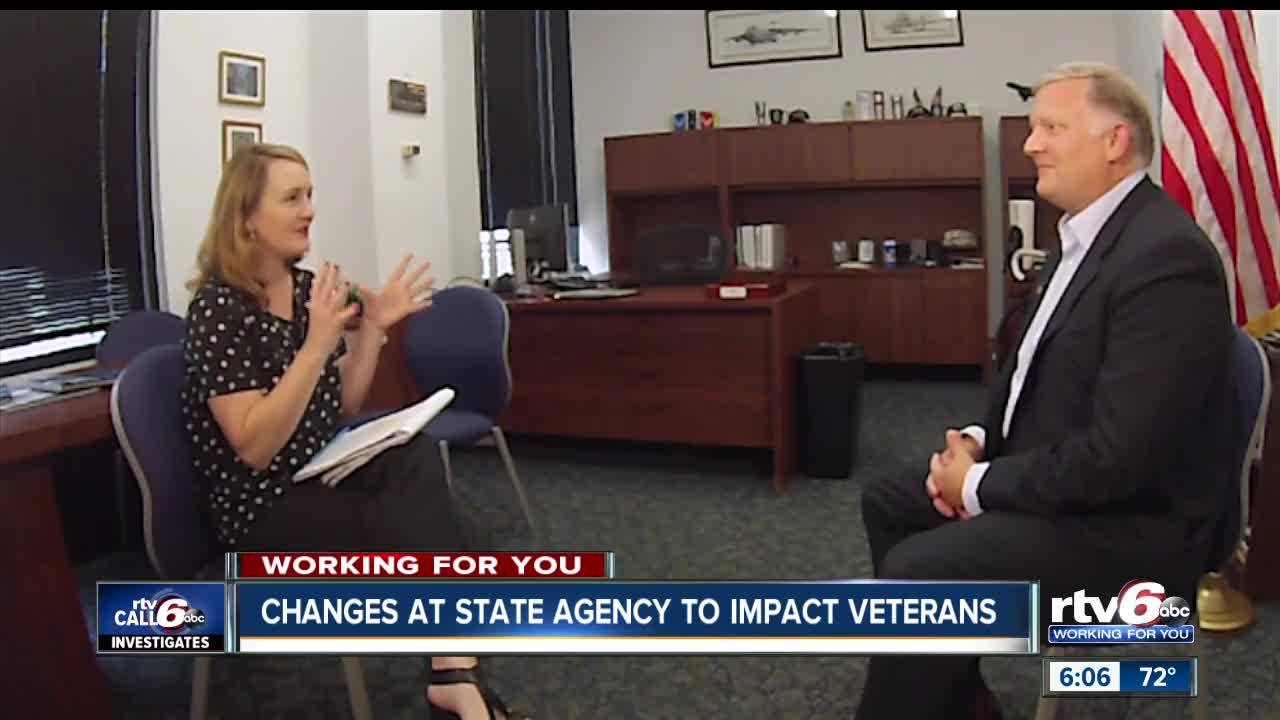 INDIANAPOLIS— The Air Force veteran who took over an embattled state agency says he has kept his promise to make changes.

Dennis Wimer, director of the Indiana Department of Veterans’ Affairs, has been on the job since January 28.

When he first spoke with Call 6 Investigates Kara Kenney in February, he vowed to make changes including personnel, budget and restoring faith in IDVA.

“We have made changes,” said Wimer, in his first sit-down interview with RTV6. “About 70 percent of the organization has changed. We have changed pay structures, reporting roles, responsibilities and in some cases we’ve changed people.”

“Some stayed, some did not,” said Wimer when asked about the departures of top staff including his assistant director Matt Vincent. “We’ve had a handful of folks who have moved on.”
Last week, IDVA announced Friday it had hired its first operations director.

Michael G. Thompson will oversee daily operations at IDVA including the Military Family Relief Fund and other veteran services programs.

Wimer said after evaluating IDVA, he found the biggest problem was miscommunication.

“It was the lack of communication among staff and partners in the community,” said Wimer. “That had to change. We had to invite them in and understand because we serve the community.”

“I believe the public can trust us,” said Wimer. “We have some amazing staff here who are passionate about helping veterans.”
Wimer replaced former IDVA director Jim Brown who resigned in December after Call 6 Investigates raised questions about misuse of the Military Family Relief Fund.

IDVA employees received benefits from the Military Family Relief Fund, above the $2,500 limit while the state agency denied other veterans.

Wimer pointed out a new law took effect in July that strips IDVA of its authority to approve grants for its own employees.

“I don’t have the ability to approve that,” said Wimer. “That is something the commission would take a look at and make a determination. There’s very clear and stated guidelines for how that should happen.”

“We’re moving appeals and those hadn’t been moved in quite a while,” said Wimer. “We do our best when government is done in the public view.”

A state audit issued in January sharply criticized the Indiana Department of Veterans' Affairs
and the Indiana Veterans’ Affairs Commission for its “lack of controls” and mishandling of the Military Family Relief Fund, money generated from specialty license plates meant to help veterans with food, utilities and other needs.

The Military Veterans Coalition of Indiana, fought in 2017 to get $2 million to help veterans affected by PTSD, traumatic brain injuries and homelessness — however, IDVA failed to establish rules to move the programs forward .

With regard to the hyperbolic oxygen treatment, Wimer said they have a contract in place with Clark Memorial Hospital in southern Indiana.

“What that team is doing is developing the program so we can start bringing people into the program pretty soon,” said Wimer.

Wimer said the funds have been extended until 2021.

“We’ve got 2 years to spend it, but it is there, getting spent and we are excited by that,” said Wimer.

They are searching for a contractor to execute the program.

RTV6 asked Wimer what his message is to veterans in need.

“Reach out for help,” said Wimer. “There are so many great organizations in the state that are there to help.”

Wimer said he’s not finished looking for better ways to help struggling veterans, and is working to address the root cause of the problem rather than just doling out money.

“We’ve got an organization that is ready to move forward and that is what we’re beginning to do,” said Wimer.