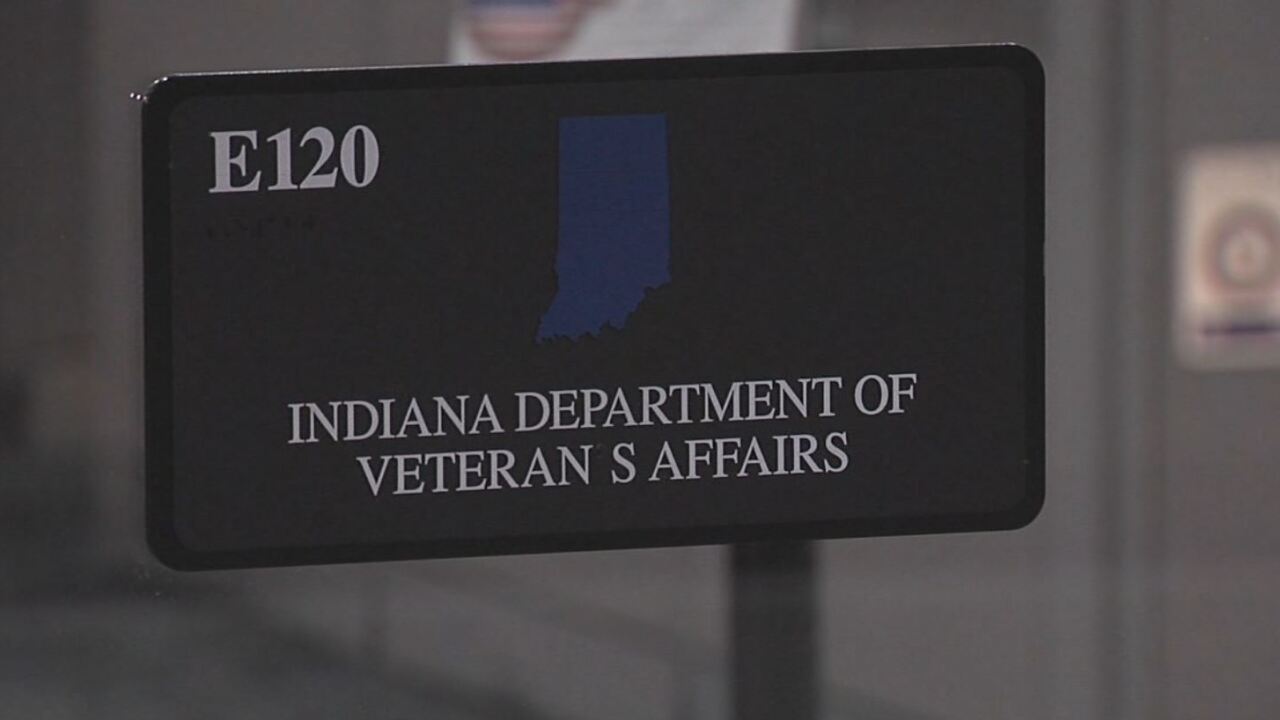 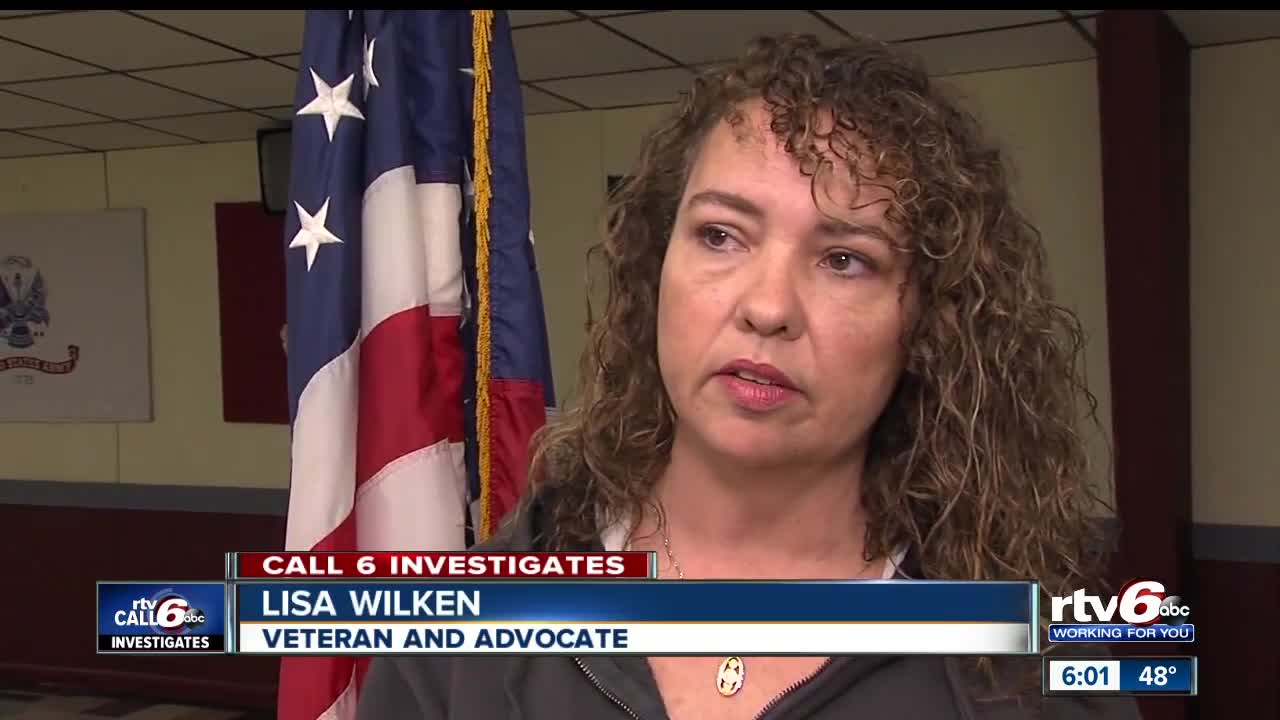 INDIANAPOLIS — A state audit issued Friday sharply criticized the Indiana Department of Veterans Affairs and the Indiana Veterans’ Affairs Commission for its “lack of controls” and mishandling of the Military Family Relief Fund, money generated from specialty license plates meant to help veterans with food, utilities and other needs.

The audit comes after a Call 6 Investigation found the former director of the Indiana Department of Veterans Affairs Jim Brown approved some of his own employees to receive benefits from the Military Family Relief Fund beyond the $2,500 lifetime limit while the agency denied hundreds of other veterans.

Five of the applicants who received more than the $2,500 limit were employed by the Indiana Department of Veterans Affairs, the audit read.

A resolution used by IDVA states “at the discretion of the director of the IDVA on a case by case basis and with a demonstrated, justified need, a veteran’s lifetime award may exceed $2,500.”

However, in a sample of expenditures, the State Board of Accounts found applicants who exceeded the $2,500 lifetime maximum did not provide evidence of a “demonstrated, justifiable need” as required.

More than 4,604 applicants were approved for Military Relief Fund Benefits between July 2014 and November 30, 2018 totaling $8.8 million.

During that time, 979 applicants were denied for various reasons including that they had exceeded the $2,500 limit, they did not provide evidence of financial hardship, they did not meet the minimum months (12)of active duty, or they were not an Indiana resident.

The newly released audit also found dozens of people who received benefits from the Military Family Relief Fund did not provide documentation proving their hardship was a result of their military service, as required by Indiana law.

The law also says only qualified service members are supposed to receive benefits, however, the State Board of Accounts found a recipient who was dishonorably discharged and another who did not provide discharge documentation.

The State Board of Accounts said IDVA did not provide sufficient internal controls over the Military Family Relief Fund, including the following deficiencies:

At a Military Veterans Coalition meeting Friday, veterans were upset by the State Board of Accounts’ findings.
“I am surprised by the numbers,” Lisa Wilken, veteran and advocate, said. “We knew that some IDVA employees had gotten above the $2,500, but we had no idea how many individuals throughout several years had received more than the $2,500 so I was very surprised.”

Wilken blew the whistle in our original Call 6 Investigation about misuse of the Military Family Relief Fund.

Wilken said the audit outlined exactly what she’s been claiming.

“It does validate what I’ve been saying all along,” Wilken said. “We would never make these allegations unless we had proof something was going on that shouldn’t be.”

IDVA director Jim Brown resigned effective Dec. 28, but Wilken said the governor needs to look at the rest of the agency’s leadership.

“What we haven’t seen is accountability. We also need checks and balances and controls put on the Military Family Relief Fund,” Wilken said. “The most important thing we need is we need our Indiana Veterans’ Commission to oversee this fund in a way that veterans expect them to do.”

Governor Eric Holcomb has not yet named Brown’s replacement.

The State Board of Accounts audit also criticized the Indiana Veterans’ Affairs Commission, a panel appointed by the governor, for not having internal controls in place.

The audit found from 2012 to 2018, the commission did not provide documentation on votes, copies of rules and resolutions created, as well as signatures by commission members on meeting minutes.

State auditors questioned why the commission had not adopted a final rule for the provisions of grants from the Military Family Relief Fund, even though a formal rulemaking process began in May 2018.

Brigadier General James Bauerle told RTV6 Friday he too raised concerns about misuse of the fund back in 2014 when he was chairman of the Veterans’ Affairs Commission.

Bauerle said his commission changed the limit to $2,500.

Bauerle blamed former IDVA director Jim Brown and other IDVA leadership as well as the commission’s legal counsel for not fixing the problem sooner.

“It’s clearly a scandal,” Bauerle said. “It’s due to a lack of leadership and good judgment on the part of the Indiana Department of Veterans Affairs. IDVA abused the privilege from a management perspective in the applications they approved and the fact that there was not a true need.”

In a written response to state auditors, the chairman of the Indiana Veterans’ Affairs Commission and former IDVA director Jim Brown vowed to make improvements.

“The Commission and Department will improve written policies and procedures over each of the enumerated programs (except for the Veterans Disability Clinic Fund, for which no monies have never been appropriated),” read the response. “In addition, future Commission minutes will record votes, be appropriated signed, and documentation of policies created will be preserved.”

The response, also indicated that the commission was operating under several resolutions to manage the Military Family Relief Fund.

“We understand that those policies and procedures did not provide the necessary system of controls,” read the response.

On Thursday, the Veterans’ Affairs Commission approved new rules that say IDVA staff can only allow veterans to receive up to $2,500 from the Military Family Relief Fund and anything beyond the cap has to go through the commission.

Commission member and lawmaker Rep. Karlee Macer, D-Indianapolis, pointed out legislation is in the works that would strip the Veteran Affairs Commission of its oversight.

“Now legislation is being worked on to completely undo everything that we're doing, so it's a complete waste of time,” Macer said. “It will be groundhog day for me again.”

Call 6 Investigates caught up with the commission chairman before the meeting and asked for her reaction to our findings that IDVA employees received more than the $2500 limit.

“Perhaps it wasn’t the wisest made, but it wasn’t illegal,” Chairman Maj. Gen. Erika Steuterman said.

The rules approved by the commission now head to the Attorney General’s office and the Governor’s office for review and approval.

After that, the commission can make amendments to the rules.

The Veteran Affairs Commission also plans to monitor any legislation that will impact IDVA, the commission and the Military Family Relief Fund.

Wilken said the commission also needs to look into why National Guard members are being denied assistance from the Military Family Relief Fund.

Former IDVA director Jim Brown has not responded to repeated requests for an on camera interview.

Call 6 Investigates spoke with Holcomb on Friday who said he had not yet seen the audit.

“The rules process concluded yesterday and will go to the Attorney General and then to my office but I'm happy with the progress looking forward to getting a new leader in there who will make all the changes that are recommended, but need to be made," Holcomb said.