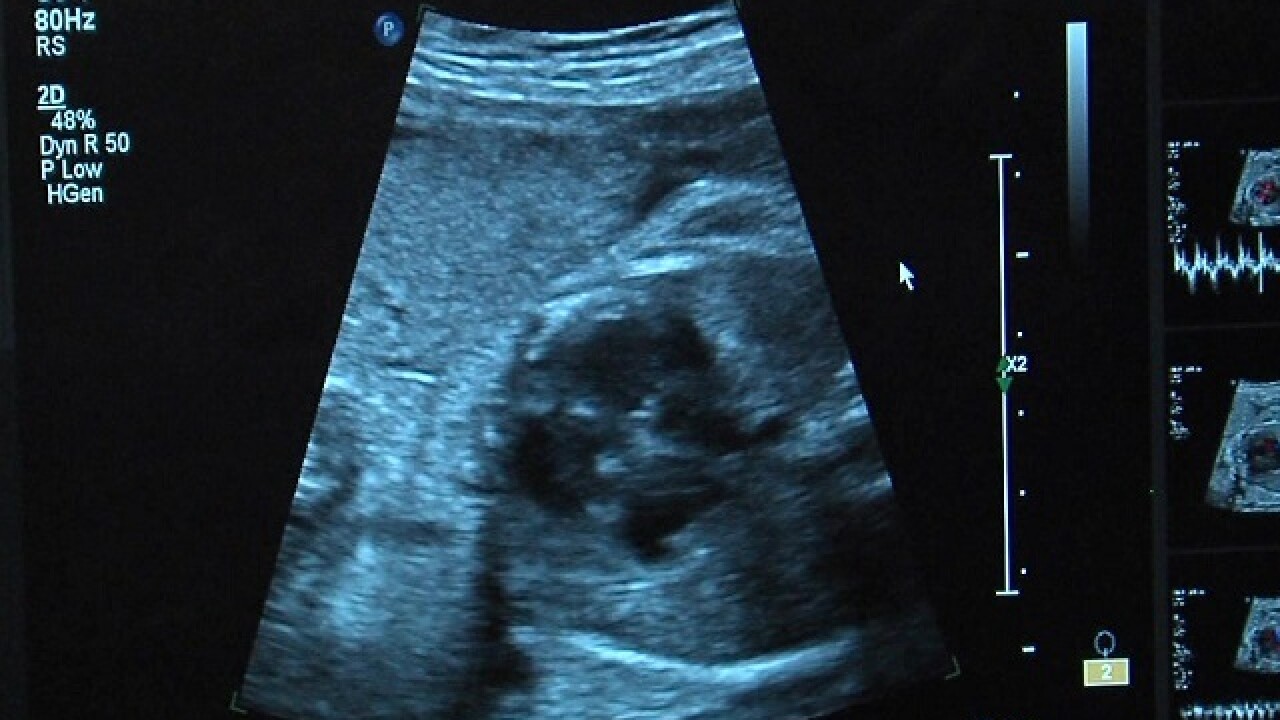 INDIANAPOLIS -- The 7th Circuit Court of Appeals struck down provisions in an Indiana law mandating ultrasounds prior to abortions as unconstitutional Wednesday, ruling that the law served no purpose other than to create barriers to abortion.

In its ruling Wednesday striking down the ultrasound requirement, the court said the contents of a state-mandated brochure women would have been forced to receive contained incomplete information and made statements of fact about unsettled topics – specifically, when life begins.

The court also wrote that women have the right, and the ability, to choose for themselves whether to have an abortion without artificial barriers created by the state.

“Women, like all humans, are intellectual creatures with the ability to reason, consider, ponder, and challenge their own ideas and those of others,” the court wrote. “The usual manner in which we seek to persuade is by rhetoric not barriers.”

Ultimately, the court found that the law didn’t even serve its stated purpose of encouraging women to carry pregnancies to term:

“But the requirement that women have the ultrasound eighteen hours prior to the abortion places a large barrier to access without any evidence that it serves the intended goal of persuading women to carry a pregnancy to term. Instead, it appears that its only effect is to place barriers between a woman who wishes to exercise her right to an abortion and her ability to do so.”

“This ruling is a victory for women,” Falk said. “This is another repudiation of the unnecessary and unconstitutional attempts by Indiana politicians to interfere with women’s reproductive rights.”

The ruling is the latest in a string of defeats in federal court for anti-abortion laws passed by the Indiana General Assembly. In addition to the previously mentioned cases, the state also lost a challenge against a 2013 law that would have required abortion clinics to have surgical facilities. The state is also facing a lawsuit brought by the ACLU on behalf of Planned Parenthood of Indiana and Kentucky (PPINK) challenging a law passed this year that would require medical providers to report detailed information to the state about complications rising from abortions.

In May, the prosecutors of Marion, Monroe and Lake counties issued a joint statement calling for Attorney General Curtis Hill to concede the merits of the case on their behalf.

“We are tired of being drawn into the annual act of legislative futility to pass abortion-related bills, which inevitably results in lawsuits at taxpayer expense,” Marion County Prosecutor Terry Curry said in the statement.

U.S. District Court Judge Richard L. Young granted a preliminary injunction against the law in June, finding that the ACLU and PPINK have a “reasonable chance of success” in their void-for-vagueness challenge.