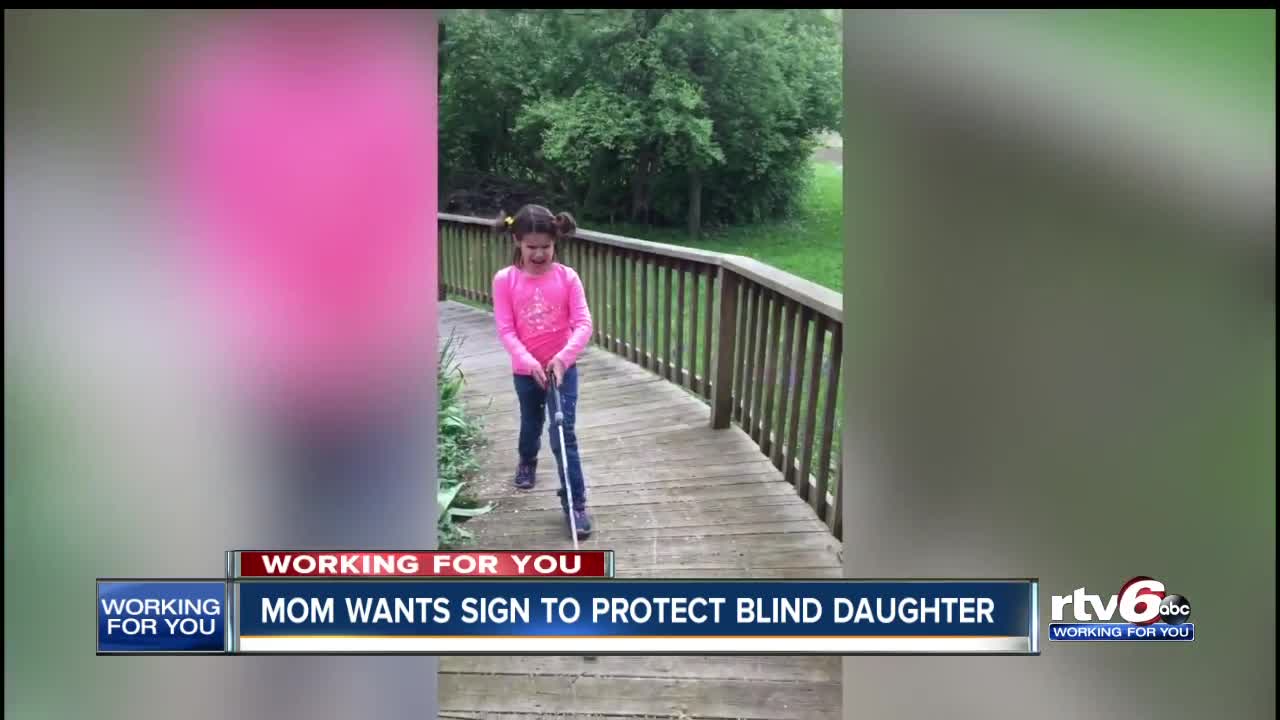 An Indianapolis mother says the city told her if she wanted a "Blind Child in Neighborhood" sign on the street she lives on, she'll have to purchase and install it herself. 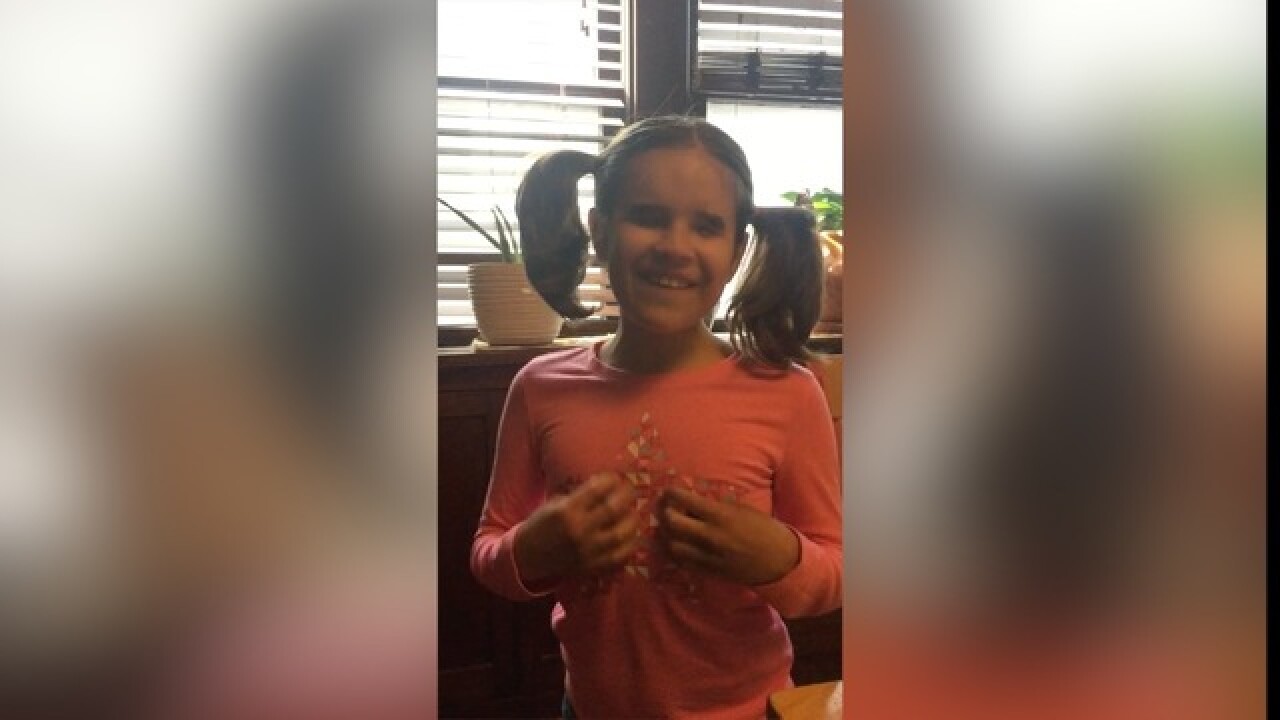 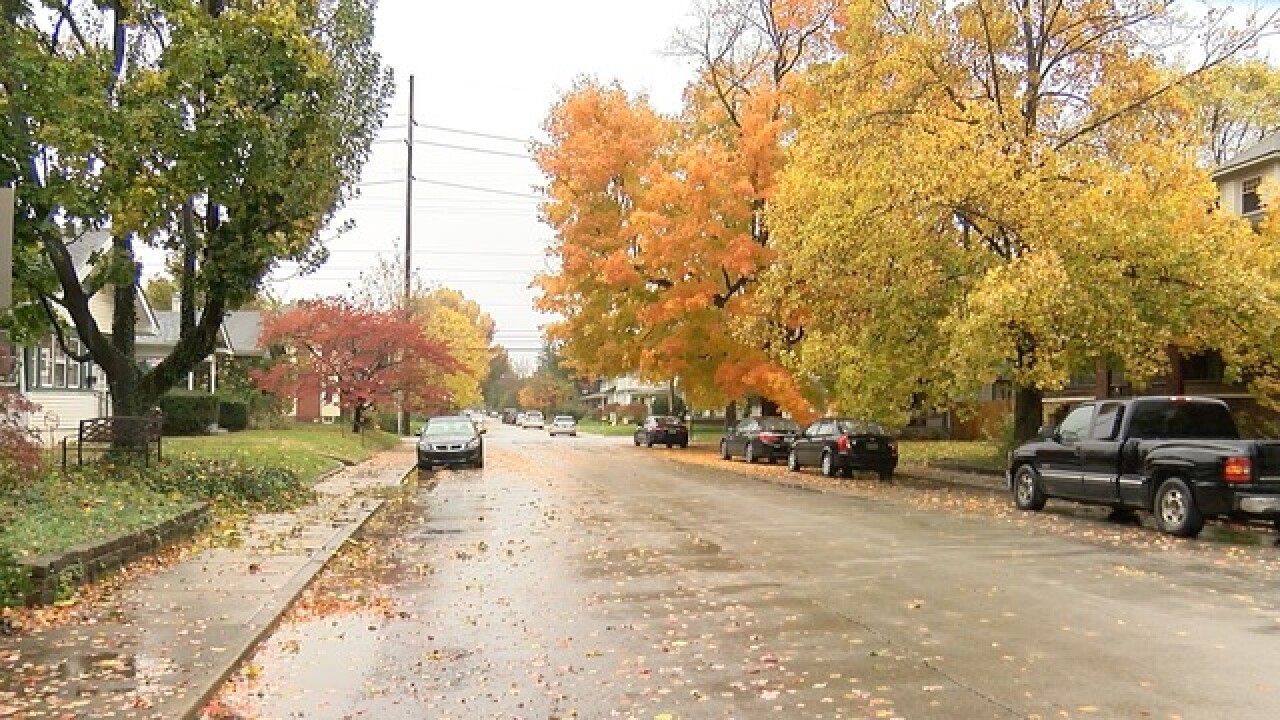 INDIANAPOLIS -- An Indianapolis mother says the city told her if she wanted a "Blind Child in Neighborhood" sign on the street she lives on, she'll have to purchase and install it herself.

Stella is starting to gain more independence though, and the traffic in the neighborhood has Valvo worried for her daughter’s safety.

“Ever since Stella has gotten more mobile and independent, she navigates with a cane,” said Valvo. “I’ve been thinking it would be smart to have one of those signs in front of our house.”

“It’s really unfortunate that there’s all this impediment to something really simple that could save a child’s life,” said Valvo.

“She’s learning a lot right now about navigational skills,” said Valvo. “Listening to where cars are on the street, using her cane to know where the curb is.”

Valvo says she first applied for a sign for her daughter several years ago and she has applied a couple of other times since then but she’s never heard anything back from the city – until after RTV6 got involved.

At first, the City of Indianapolis told her that federal regulations prohibited them from installing the sign.

But Valvo was persistent, and she says the city is now telling her that if she wants one - she has to buy it herself.

“What they told me was, ‘go buy one myself and put it in,” said Valvo.

DPW says anyone wishing to install a sign would need city approved permits and says installation is the responsibility of the person putting in the sign.

“I was disappointed in that because it feels like a service the city should provide,” said Valvo.

Valvo says she’s looking into buying a sign and she’s trying to figure out where they can be purchased from.