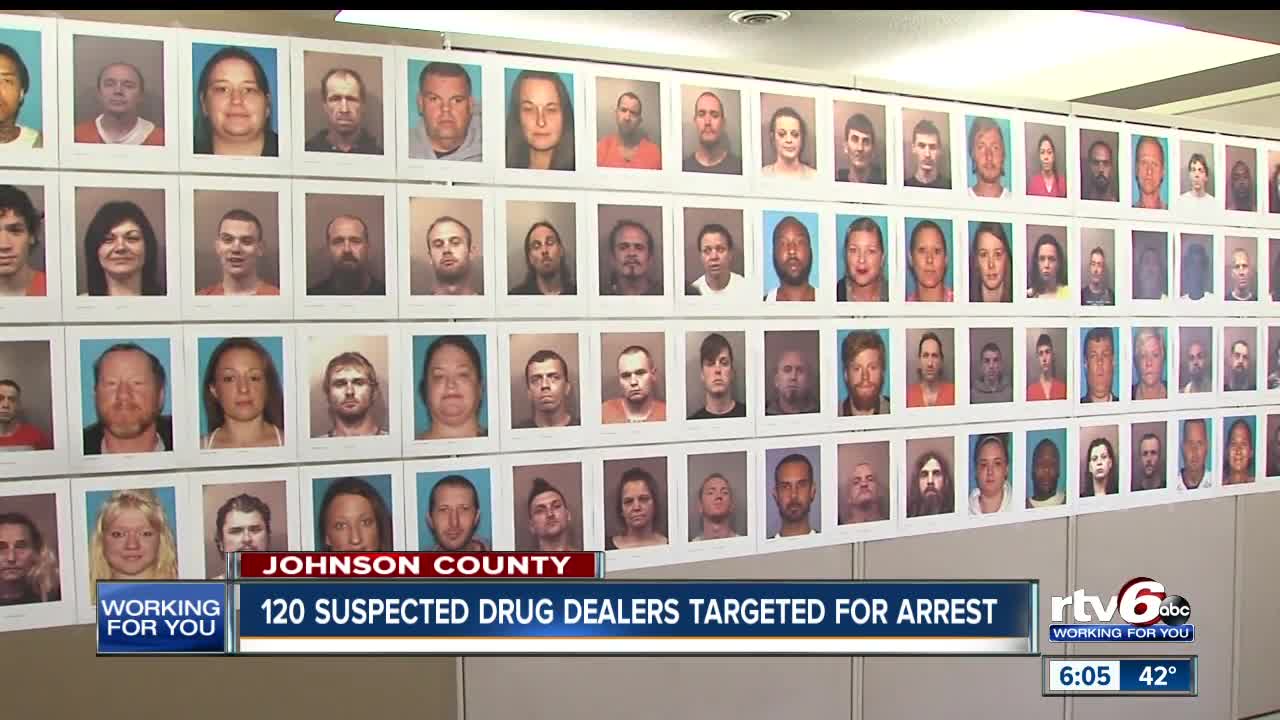 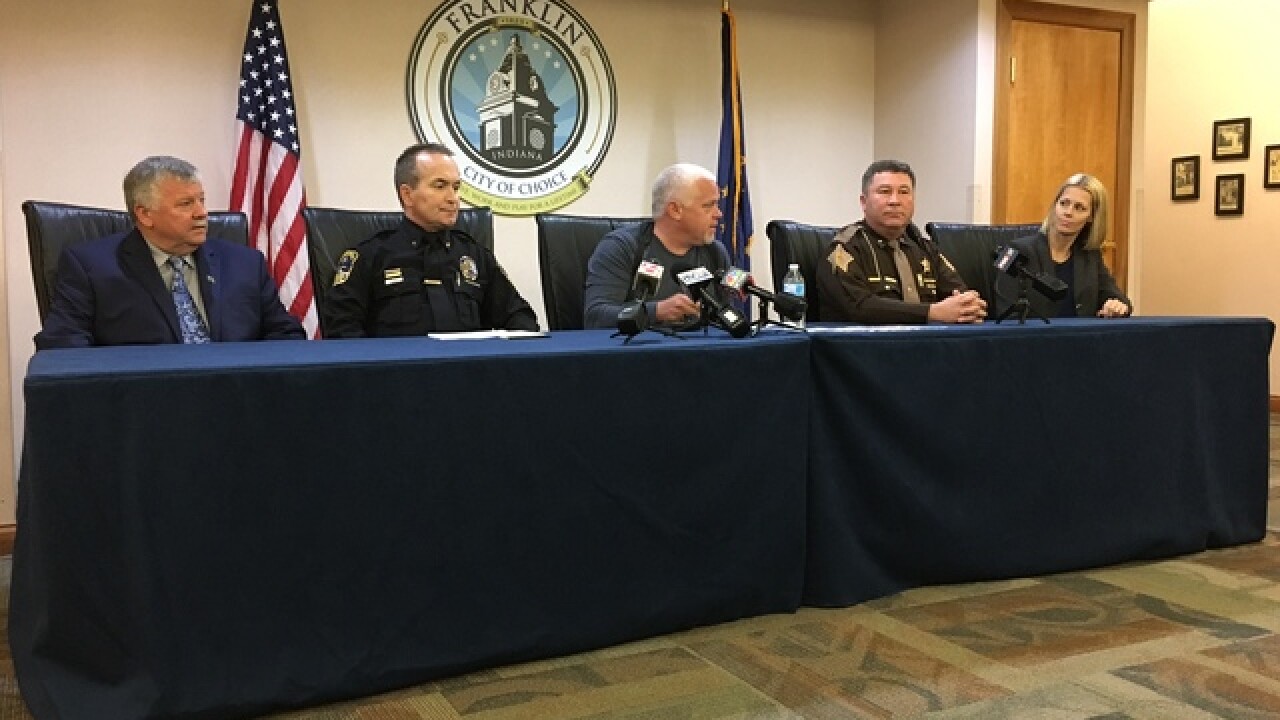 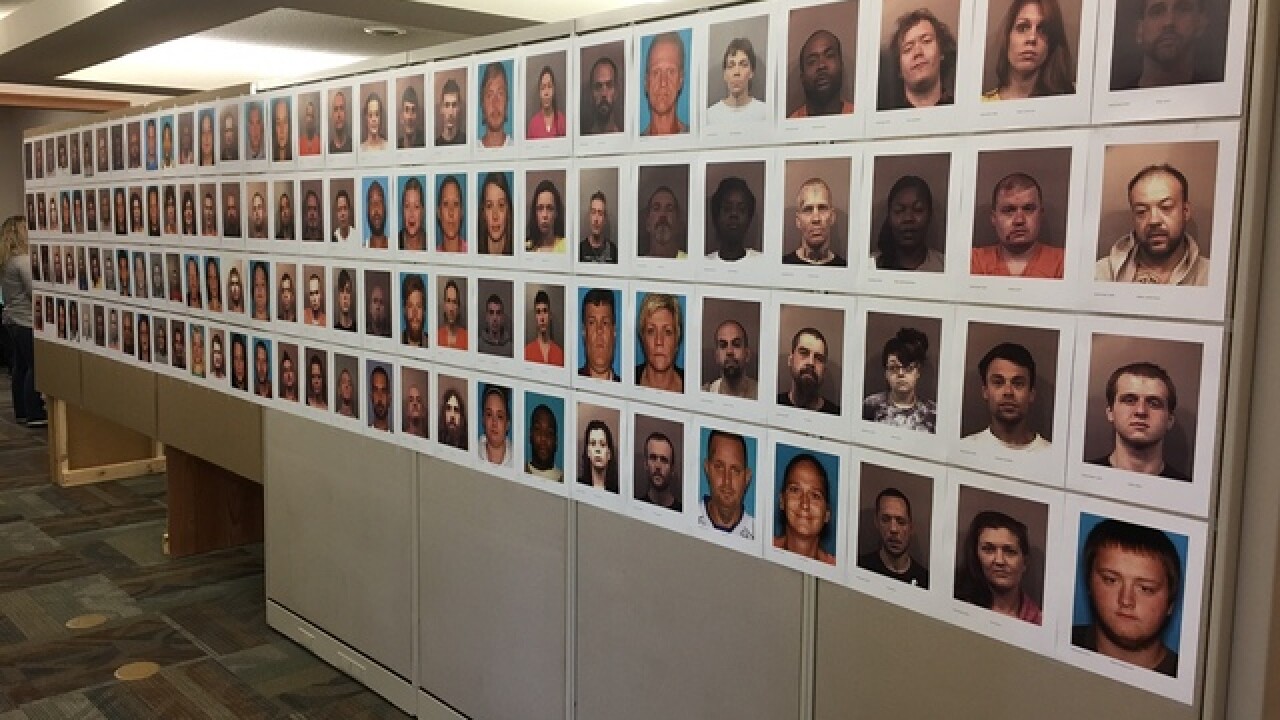 FRANKLIN, Ind. — More than 100 people were charged this week in connection with a massive drug bust in Johnson County, Indiana.

A year ago, the prosecutor's office charged 63 people in a drug bust.

"We said if you're going to deal drugs in Johnson County, the law enforcement in this community is going to identify you, find you and arrest you," Cooper said.

PHOTOS | Mugshots of the 120 charged in Johnson County drug sweep

Cooper believes the crime rate in Johnson County will go down over the next couple of months.

He said they may not ever catch and arrest all 120, but that's OK with him, as long as they stay out of the county.

"That's not a bad thing," he said. "That's just as good as putting them in jail to me. My concerns begin and end at the county line."