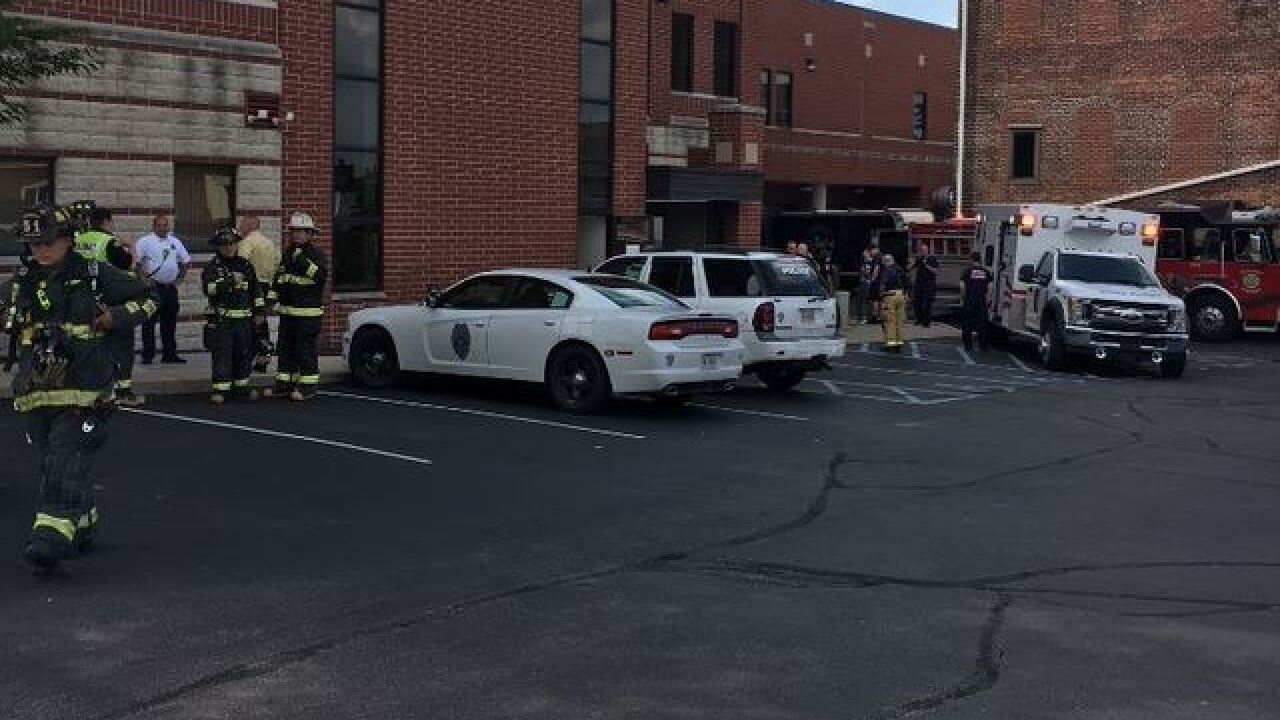 ANDERSON, Ind. -- The Anderson Police Department and the Anderson City Courthouse were evacuated Wednesday afternoon as a precaution after officers came across a strange substance while they were tagging evidence from a narcotics investigation.

The evacuation was ordered around 4:45 p.m. after the two officers came in contact with a powdery substance. The courthouse, which connects to the police station was also evacuated and the HVAC system was turned off to the entire building.

The two officers, along with another officer who was exposed to the substance were taken to St. Vincent Anderson Regional Hospital to be checked out.

The building remained evacuated until just before 8 p.m. when the State Fire Marshal determined that the substance was a "bulk agent" and not likely harmful to anyone who came in contact with it.

A bulk agent is a substance that is used in the production of methamphetamine.