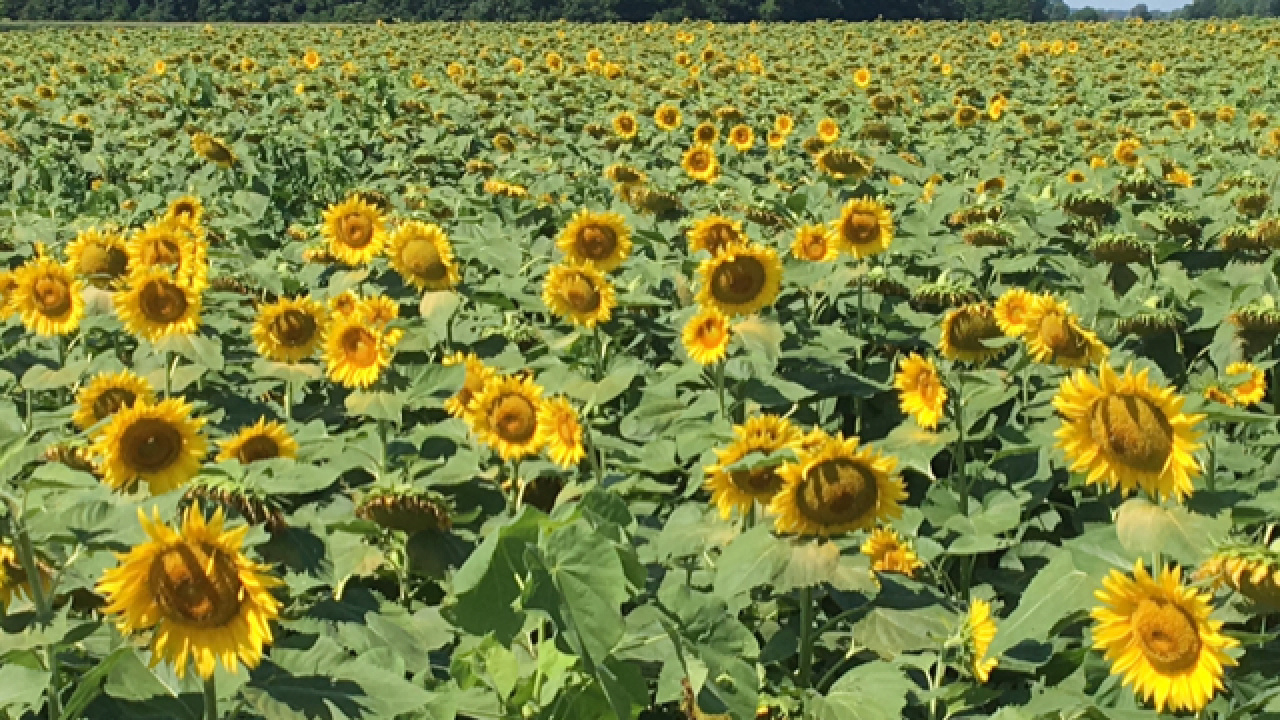 A few years ago, the sixth-generation farmer tucked a field of sunflowers between his corn and his soybeans.

The move was a risk, considering sunflowers are not exactly a top crop in the state.

Boyer says they were looking for a way to diversify their farming operation. That’s when they landed on sunflowers. Boyer admits  it took some time to learn how to grow the crops in Indiana, as they are unique to the environment.

The farmer uses a cold-pressed process. While slower than the traditional solvent method, it’s a healthier option. It keeps his product completely chemical free.

The machine Boyer uses drops the sunflowers seed down into a cold press. A continuous screw pushes the crop against the press head, pressing the oil out of the seed. That oil then drops down into a trough and is filtered into the finished product.

Boyer is proud that none of the crop is wasted. The leftover seeds are turned into a byproduct that he sells to other farmers to feed their livestock.

Boyer also bottles, hand caps and labels his oils right on the farm.

The first restaurant to use Boyer’s fry oil was right down the street from the farm, The Converse Big Dipper.

“Mark came to me and said, ‘I really would like for you to do something for me,’” said Sue Dulmes, owner of The Converse Big Dipper.

Boyer explained that he was moving his Healthy Hoosier Oil into the food industry and asked if he could use The Converse Big Dipper as a test kitchen.

Dulmes says she couldn’t say no to her little brother.

"We put it in and didn't tell our customers to start with, it was kind of an experiment. But almost immediately customers came to the counter and said ‘Sue! Everything is so great, it’s a lighter flavor, it’s not greasy… what are you doing differently?’” said Dulmes.

Dulmes says ever since, every single one of the kitchen’s fryers has Healthy Hoosier Oil in it.

“It's boosted our sales and it's part of what we do here at the Converse Big Dipper,” said Dulmes.

Today Boyer’s product is used in restaurants across Indiana. He’s also started selling it in select Target and Kroger stores in the state.

He also recently signed to a deal with Eskenazi Hospital. They will be using Healthy Hoosier Oil exclusively.

Despite the initial learning curve, Boyer says the venture has been more successful than he could’ve imagined.