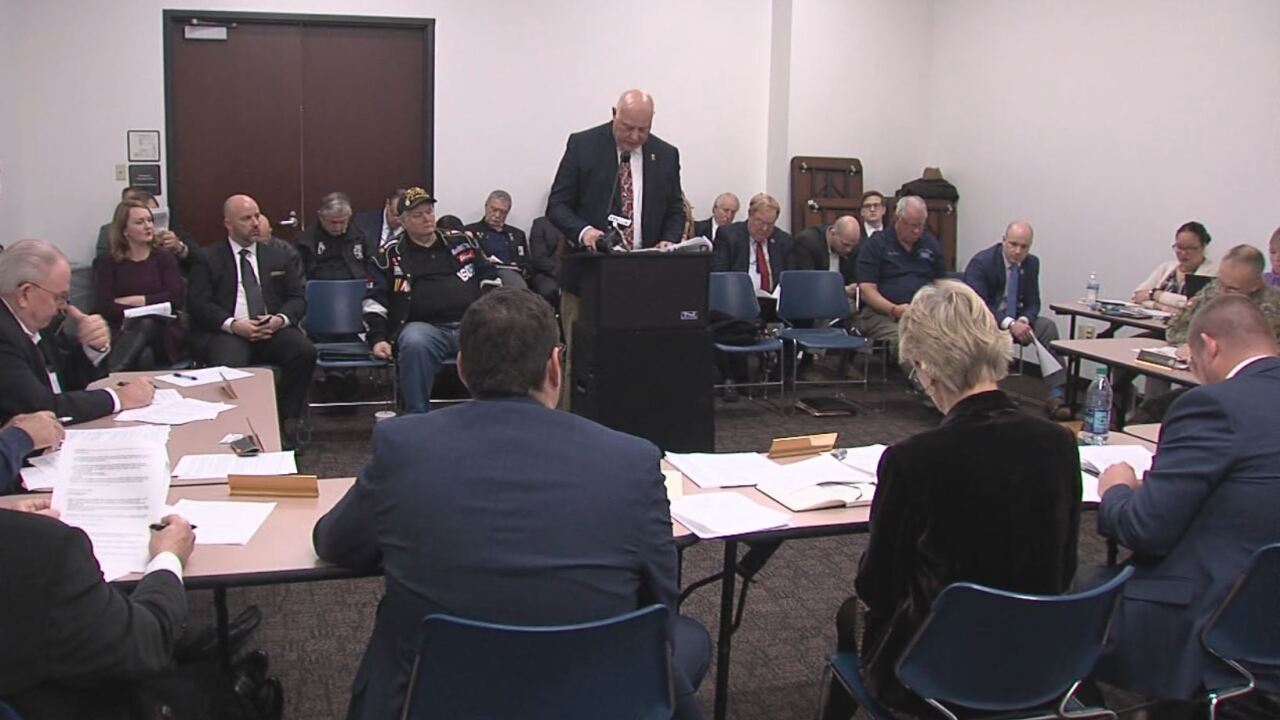 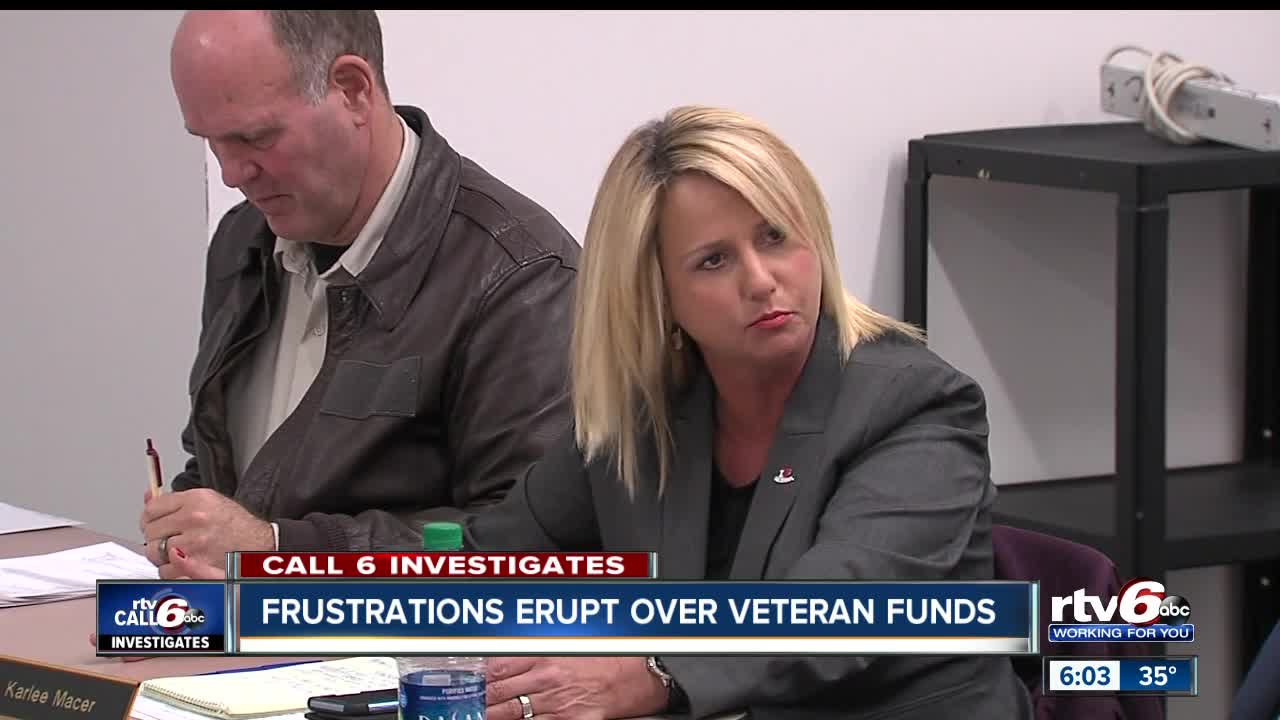 INDIANAPOLIS— Frustrations erupted among veterans and state leaders Thursday about misuse of the Military Family Relief Fund and how to change the rules to prevent future problems.

Call 6 Investigates found the former director of the Indiana Department of Veterans Affairs Jim Brown approved some of his own employees to receive benefits from the Military Family Relief Fund beyond the $2,500 lifetime limit while the agency denied hundreds of other veterans.

“These situations are rare and at my discretion,” Brown told Call 6 Investigates last year.

When you purchase a veteran license plate or a Support the Troops plate, a chunk of that money goes into the Military Family Relief Fund, which helps veterans with food, housing, transportation, utilities and other needs.

More than a dozen veterans showed up for the hearing, and some expressed anger at the fact that it’s taken the commission three years to adopt rules that they say could have prevented misuse of the fund.

The commission, appointed by the governor, is supposed to provide oversight of the Indiana Department of Veterans Affairs and the Military Family Relief Fund.

“If the commission would have done its job in the first place, (IDVA) wouldn’t have been subjected to a lot of this stuff,” Don Hawkins, a veteran, said. “That needs to be corrected sooner than later.”

Members of the commission itself also stated their frustrations about the lack of rules in place.

“I represent the Veterans of Foreign Wars and I don’t make a dime coming up here,” Greg Baker, commission member, said. “I am just trying to help those who have borne the burden of battle. There’s no one as pissed off as I am right now.”

Commission member and lawmaker Rep. Karlee Macer, D-Indianapolis, pointed out legislation is in the works that would strip the Veteran Affairs Commission of its oversight.

“Now legislation is being worked on to completely undo everything that we're doing, so it's a complete waste of time,” Macer said. “It will be groundhog day for me again.”

"I find it very disheartening that attitude you're putting out and cutting people off," Jim Bauerle, a retired U.S. Army brigadier general, said.

Chairman Steuterman responded speakers were supposed to keep their comments to three minutes so that everyone would have an opportunity to speak.

Call 6 Investigates caught up with the commission chairman before the meeting and asked for her reaction to our findings that IDVA employees received more than the $2500 limit.

“My reaction is it’s still being looked into,” Steuterman said. “We need to get the rules adopted. So that we don't have discretion anymore on how the funds are given out past the $2,500. We have to have these rules to make sure it’s an orderly, transparent process."

After nearly two hours, the commission passed new rules that say IDVA staff can only allow veterans to receive up to $2,500 from the Military Family Relief Fund.

For a veteran to receive more than $2,500, that has to go through the commission, which will scrutinize each case individually.

The rules now head to the Attorney General’s office and the Governor’s office for review and approval.

After that, the commission can make amendments to the rules.

The Veteran Affairs Commission also plans to monitor any legislation that will impact IDVA, the commission and the Military Family Relief Fund.

Veteran advocate Lisa Wilken said the commission also needs to look into why National Guard members are being denied assistance from the Military Family Relief Fund.

Bauerle also suggested the commission review every denial so that they can look for trends and ways to improve the system to better help veterans.

Governor Eric Holcomb has not yet named his replacement.