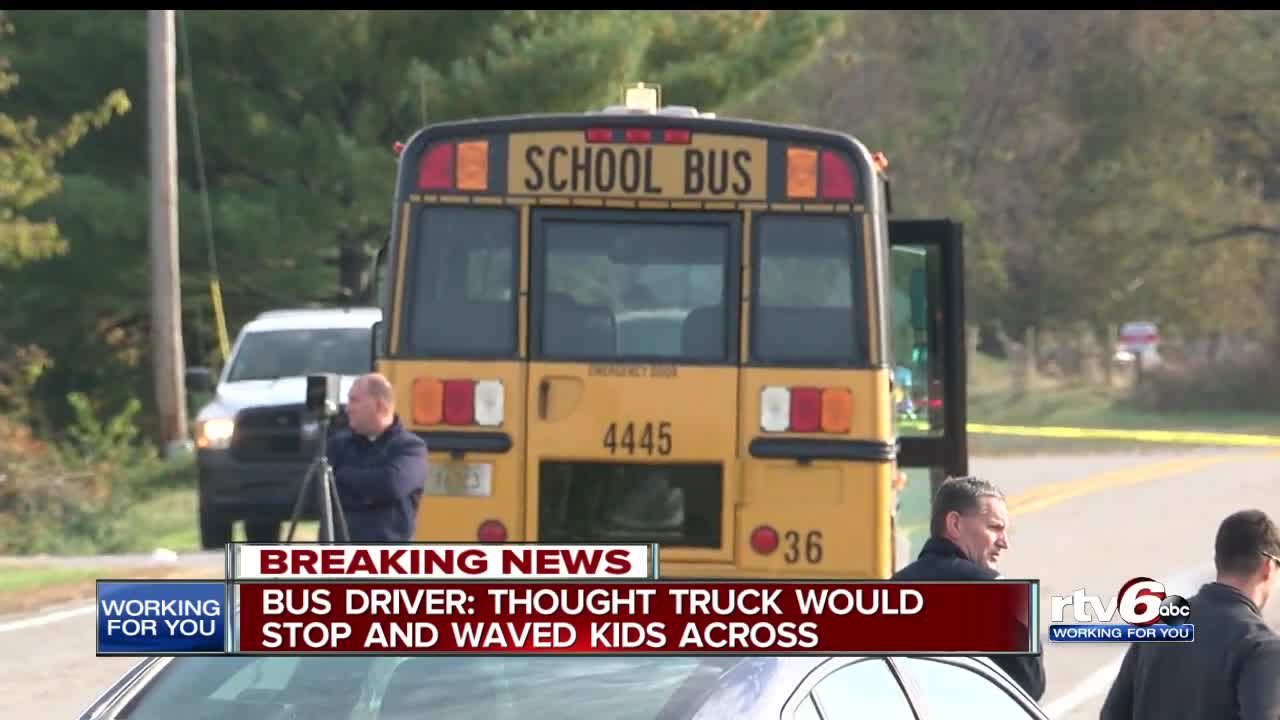 The 24-year-old driver who struck and killed three kids while they crossed the street to board their school bus told police she saw the lights but didn't realize it was a bus until the kids were in front of her. 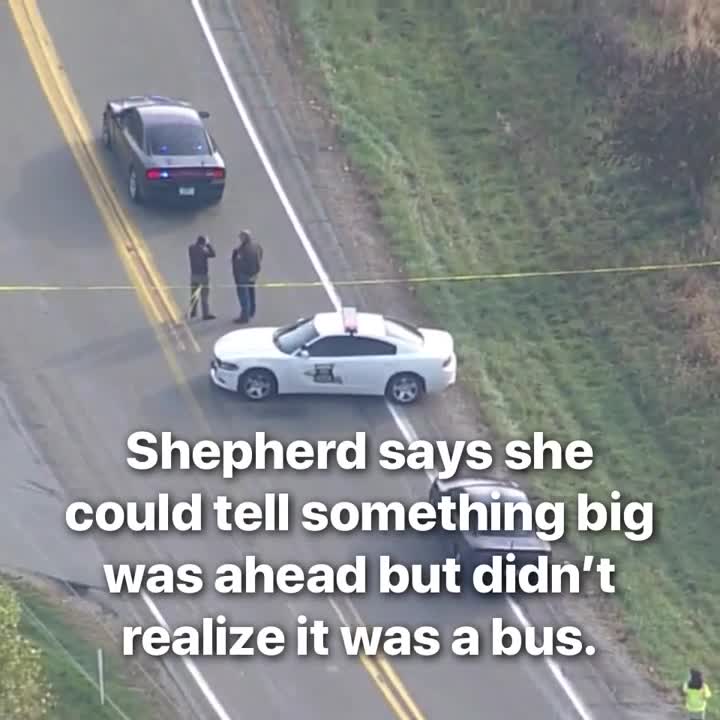 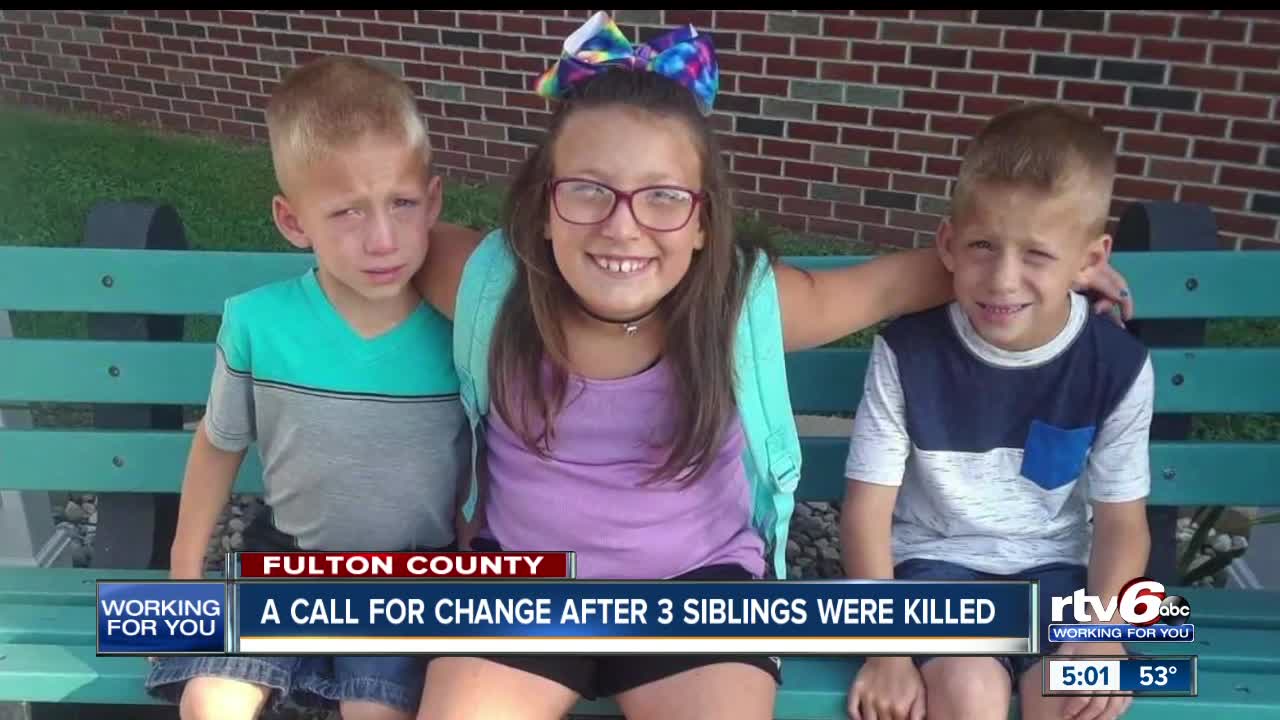 FULTON COUNTY, Ind. -- The 24-year-old driver accused of killing three kids when they crossed the street to board their school bus told police she saw the lights but didn't realize it was a bus until the kids were in front of her.

Alyssa Shepherd was arrested at her place of employment Tuesday evening. She's charged with three counts of reckless homicide and one count of disregarding the stop arms on a school bus causing injury.

Police say she was driving a Toyota Tacoma on State Road 25 sometime after 7 a.m. when she allegedly "disregarded" the stop arm and lights on a stopped school bus in front of a mobile home park, striking four kids who were crossing the street to board the bus.

Alivia Stahl, 9, and her twin brothers, Xzavier and Mason Ingle, 6, were all pronounced dead at the scene.

Maverick Lowe, 11, was flown to Parkview Hospital in Ft. Wayne in critical condition with multiple broken bones and internal injuries. His family released a statement on Wednesday saying he is in stable condition and recovering.

A probable cause hearing was recorded in Fulton County Superior Court on Tuesday where investigators and officers were interviewed following the crash as the Fulton County Prosecutor sought an arrest warrant for Shepherd.

In that recorded hearing, which was obtained by RTV6, Indiana State Police Detective Michelle Jumper recalled the information given to her by the bus driver, Shepherd and a witness that was driving behind Shepherd.

PREVIOUS | 3 siblings hit, killed while crossing the street to get on the school bus in Fulton County | Uncle remembers 3 siblings killed at Fulton Co. bus stop: "beautiful kids taken for no reason"

Jumper said the bus driver said he had driven that same route for "a couple of years" and that he had stopped and activated his lights as he normally does in the morning before he waves the kids across the street to get on the bus.

The bus driver told Jumper that he looked and saw the vehicle at a distance and waved the kids to cross the road because he figured there was no reason that the driver wouldn't stop.

Jumper said the bus driver didn't realize the vehicle wasn't stopping until it was near his bus and he hit his horn at the last second, but there was nothing he could do.

The Witness Driving Behind Alyssa Shepherd

Jumper said the witness told her she had been following the pickup truck in front of her for a while and was going about 55 miles per hour when she caught up to her. The driver said they went around the corner and she slowed down to 45 miles per hour and she could tell there was a school bus stopped with all of its lights activated so she started to slow down.

The driver told Jumper that she realized the truck in front of her was not slowing down as she saw the headlights illuminate the kids as they were crossing the road.

Shepherd told Jumper that she does not typically driver her husband to work, but that she had just dropped him off Tuesday morning and had three children in the back seat of the vehicle. Shepherd said she was not sure how fast she was going but that she is typically a "slow driver."

She told Jumper that she was not late for anything that morning and that she was taking her little brother to her mother's house so that he could get ready for school.

Jumper said Shepherd told her she came around the corner and saw the lights, but was not sure what they were and by the time she realized that it was a school bus the kids were right in front of her.

Shepherd is the children's director at Faith Outreach Center, a Foursquare Gospel Church in Rochester. Rev. Terry Baldwin said Wednesday that they are "Fervently praying for the family suffering this tremendous loss and everyone who has experienced this tragedy."

Shepherd was released Tuesday evening on a $15,000 bond. Her next court date has not been scheduled at this time.