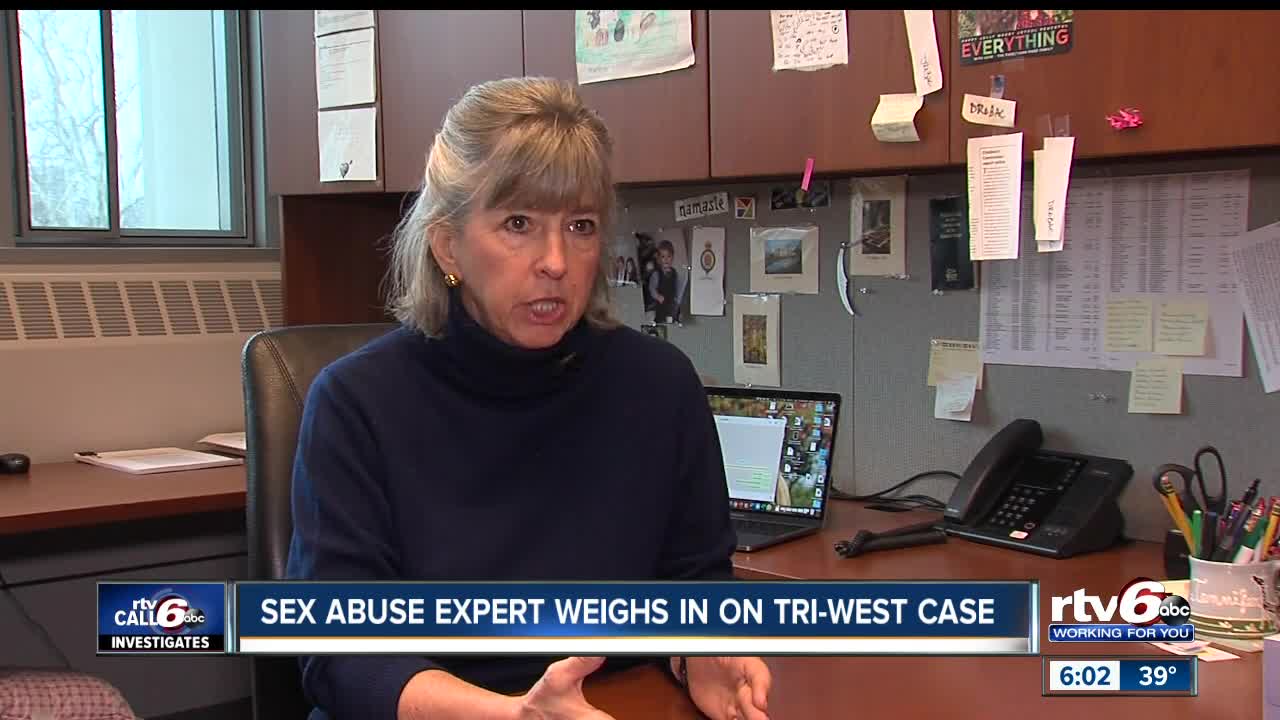 An expert on sexual harassment said the system failed a 17-year-old student in Hendricks County. 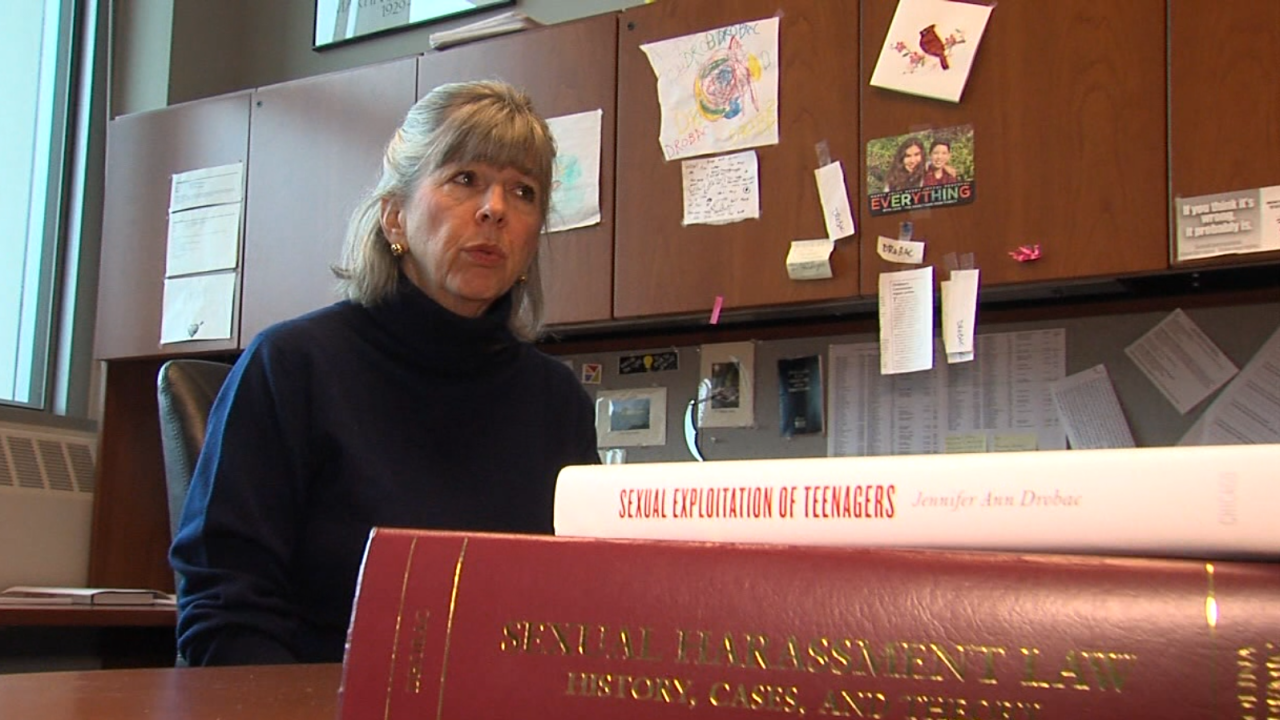 This week, prosecutors charged Tri-West High School teacher and coach Tyler Bruce with child seduction for his alleged relationship with a female student.

Call 6 Investigates spoke with Dr. Jennifer Drobac, a professor at IU McKinney School of Law, and expert on sexual harassment who has written a book on the sexual exploitation of teenagers.

“It’s shocking,” Drobac said. “Children deserve protection. There are Indiana laws that do protect them, but it’s incumbent on every adult to help enforce those laws. If we don’t work together to protect children, they will be violated.”

Court documents filed this week show on Feb. 7, a parent reported a concern to the district that Bruce was working out alone with the female student in the weight room.

The district also received anonymous tips on Feb. 21 and 26 that Bruce and the 17-year-old were engaged in an inappropriate relationship, court records show.

At a meeting in March, the Tri-West principal at the time Adam Benner told other administrators that any further information regarding Bruce and the student should be brought directly to him, records show.

At that time, the teen’s parents were not contacted, and no information was provided to the Indiana Department of Child Services at that time, records show.

“It should have been investigated,” Drobac said. “The fact that the parents didn’t know, police didn’t know, and school officials did not report this — it’s not debatable. This is clearly, if true, a violation of law and this child was not protected.”

It wasn’t until May that DCS and the Sheriff’s Office were made aware and started investigating, court records show, and that’s when the alleged victim’s family finally learned about the case through DCS.

By May, the school district and DCS received reports that Bruce and the alleged victim were seen alone in Bruce’s office with the lights off.

“Every parent in Indiana should be outraged that it took this long for administrators to contact the parents,” Drobac said.

In May, the Hendricks County Sheriff’s Office also received a report that Bruce was exchanging inappropriate Snapchat messages with the 17-year-old.

Bruce is accused of touching the teen under her clothing on several occasions and asking her to send him illicit photos.

Had the school district’s leaders taken action sooner, Drobac said the alleged relationship between Bruce and the student would not have continued for months.

“These people are complicit,” Drobac said. “We have to protect our children.”

Drobac also questioned why the sheriff’s office did not execute a warrant for Bruce’s phone until July 12, two months into the criminal investigation.

“You go after that phone immediately,” Drobac said. “There’s no question that you need to get a warrant. Obviously, you need to comply with due process.”

Bruce is charged with obstruction of justice because when detectives closed in, they say Bruce had removed the SIM card from his phone.

“The examination into the content of the phone recovered an image regarding how to permanently delete Snapchat account,” read court documents.

RTV6 reached out to Capt. Amanda Goings with the Hendricks County Sheriff’s Office regarding when Bruce’s phone was confiscated by law enforcement.

“As this case is now in the hands of the Hendricks County Prosecutor’s office, we will not publicly discuss additional details of the case,” Goings said in an email to RTV6.

Court records filed Wednesday show despite Benner knowing of the allegations involving Bruce and a 17-year-old student, Benner did not make any contact with Bruce with regards to concerns about it.

PREVIOUS | Ex-principal charged with failure to make a report

Benner is due in court in March 3.

Drobac said the Tyler Bruce case should be a reminder to schools and everyone in Indiana that we are all mandated reporters of suspected child abuse and neglect.

"Adults need to wake up and take responsibility. In this age of, 'It's not my child, it's not my problem,'” Drobac said. “Well, tomorrow it could be your child."

Bruce has not provided a comment on the charges, and neither has Benner.

The Northwest Hendricks County School Corporation said in a statement Friday that it hopes to regain the trust of the community.

NWHSC is focused on the safety of our students and restoring community trust. To that end, we have made dramatic changes to our procedures, policies, staff training, and expectations. We will continue working hard to make the necessary changes and reaching out to our community for their help and ideas.

This week, the school corporation also provided the following statement on the arrest:

North West Hendricks School Corporation and the Board of Trustees are grateful to the Hendricks County Sheriff and the Dept. of Child Protective Services for their efforts in investigating the charges against Tyler Bruce. Their thorough investigation has provided evidence that was previously unavailable and inaccessible to the board. The board finds this conduct egregious and contrary to everything the school district stands for.

Based on this new information, the school administration has changed Mr. Bruce’s status to an unpaid suspension effective immediately and has given preliminary notice to Mr. Bruce that his contract will be canceled and employment terminated in accordance with I.C. 20-28-7.5. The status of Mr. Bruce’s teacher licensure is a separate issue that is handled by the Indiana Department of Education.

This has created great division in our small community and the school board joins the community in its desire for a swift resolution to this matter. In the meantime, the board and administration are committed to restoring trust, aggressively reviewing policies and procedures and seeking remedies to bring harmony back to our community.

The safety and security of our students is our foremost responsibility. We look forward to strengthening our community partnerships to protect them while providing the best possible education.

The federal government has launched an investigation into whether the North West Hendricks School Corporation properly handles allegations of sexual harassment.

The United States Department of Education Office for Civil Rights opened the Title IX investigation on December 4, according to the agency’s website, for “sexual harassment” and “retaliation” within the school district.

The district also provided a response showing it is taking steps to better train its staff.

Besides a thorough policy review, NWHSC has taken multiple dynamic steps to assure compliance with Title IX including:

• Retained the law firm of Church, Church, Hittle and Antrim to provide Title IX training for all district administrators.

• Approved a district administrator as the Title IX Coordinator and approved training.

• Approved the use of Safe Schools Training for all staff.

• Committed to having all staff trained through the Safe Schools modules within the year.