Prosecutors: Noblesville shooting suspect made video, saying, 'It will be fun.' 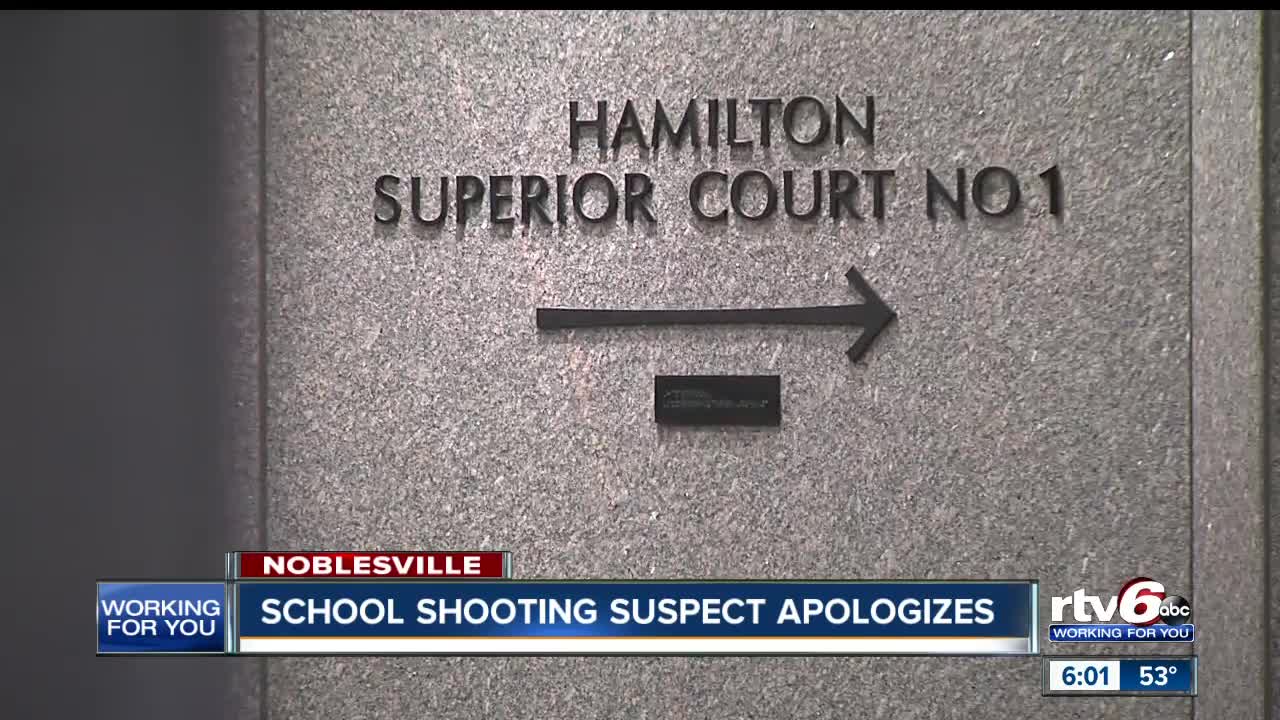 The 13-year-old suspect accused of shooting a classmate and a teacher at their Noblesville middle school recorded a 110-second video on the day of the shooting, saying "I can't wait, it will be fun," according to prosecutors. 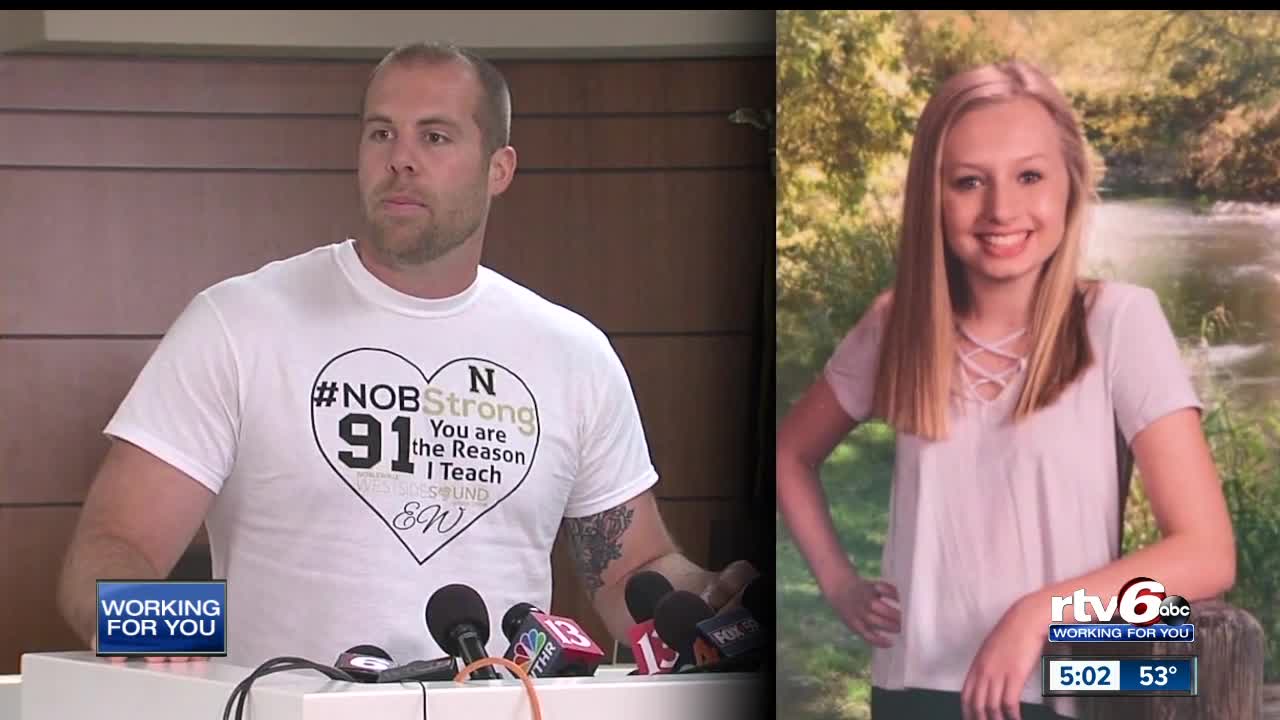 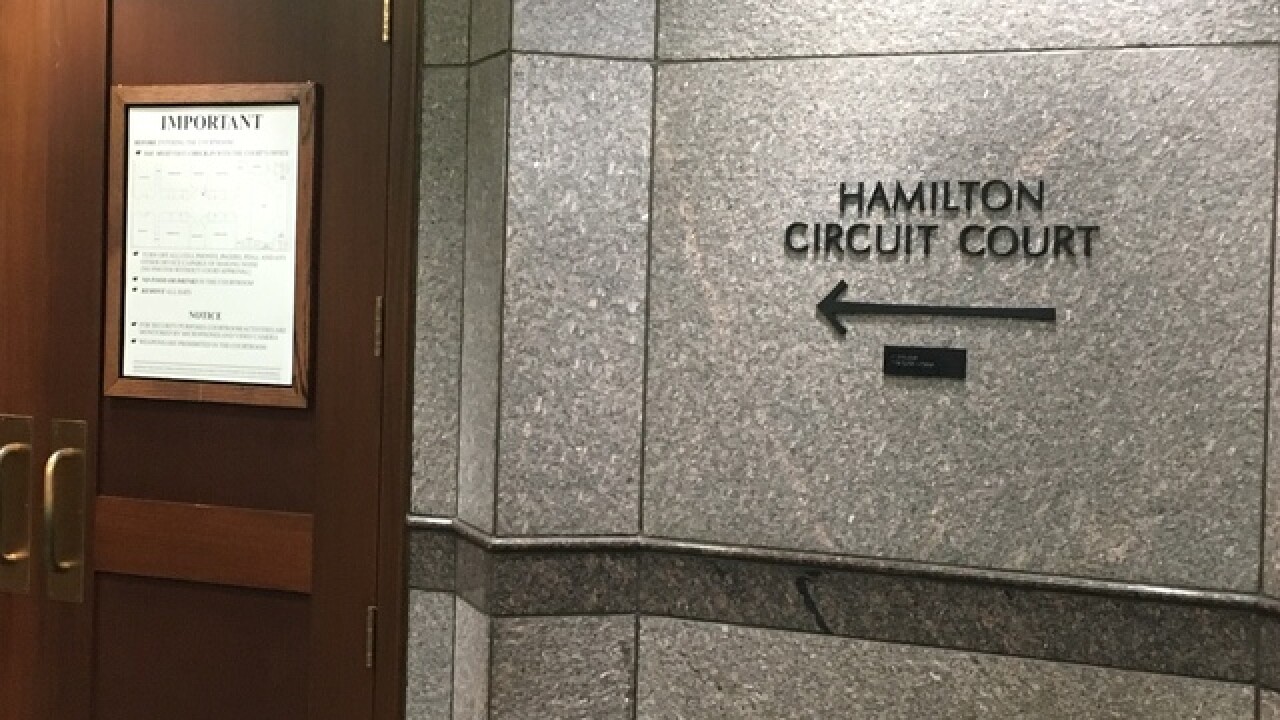 NOBLESVILLE, Ind. -- The 13-year-old suspect accused of shooting a classmate and a teacher at their Noblesville middle school recorded a 110-second video on the day of the shooting, saying "I can't wait, it will be fun," according to prosecutors.

The suspect, who RTV6 is not naming because he is a juvenile, texted three other students and told them not to come to school on the morning of the attack, prosecutors said in a court hearing on Monday.

As part of the state's closing arguments, the prosecutor said a specific motive or reasoning has not been established for the shooting.

According to prosecutors, the suspect was in science class taking a test on the morning of May 25, 2018. He left the class to use the restroom, then returned with the guns and started shooting, prosecutors said. The teacher in the class, Jason Seaman, threw a mini-basketball at the suspect, then tackled him.

Seaman himself corroborated that account of what happened on the stand. He told the judge he carried a mini-basketball because "I'm a busybody," and because he fidgets with things a lot.

He said he was walking around the classroom to help the students with a test when he felt pain in his abdomen. He looked up and saw the suspect pointing a gun at him. Seaman said he threw the ball at the suspect, charged him, and threw him into a wall.

Seaman said he pinned the suspect's arms against him and held down his wrists until help came. After the suspect was arrested, Seaman noticed he was shot when his white shirt was covered in blood.

He said he still finds himself on-edge, more than five months after the shooting. Shadows specifically make him nervous, Seaman said.

Seaman said the suspect should be taken out of society until he is at 100 percent.

The suspect's mother also took the stand during the hearing.

She said her husband, the suspect's father, was in the military. She said they are gun owners, that her son had been to gun ranges, and he had been told how dangerous guns are.

When the suspect went to school on the morning of the 25th, nothing seemed wrong, she said.

She said she learned about the shooting from a news alert on her phone and started panicking, not knowing her son was the suspected shooter. She and her husband met at the school to pick up their son like all the other parents.

"It never crossed my mind that he was the person potentially doing the shooting," she said.

She also apologized to Seaman, saying, "I'm sorry. I'm sorry it happened to you. We couldn't thank you enough for what you did. You saved [name]'s life. I want to thank you. I'm sorry."

The suspect's mother also apologized to the family of Ella Whister, the teenage girl shot in the incident.

"If we could do anything to change this, we would," she said. "I'm sorry."

The mother said the guns were located in a safe inside a storage room in the basement. The storage room doesn't have a lock, and she didn't know whether the safe was opened or closed on the day of the shooting.

Police recovered an iPad belonging to the suspect from the classroom.

Rosenberg said on May 25, the the user searched for two gun manufacturers, Columbine, and Sandy Hook on the iPad. On an iPod Touch the suspect had owned, police found searches for "Noblesville West Middle School blueprint," "What was the largest mass shooting in America," Kid with gun," and "school shooter memes."

Investigators also found the video the suspect recorded of himself on the morning of the shooting.

In the video, the suspect was seen saying "There probably won't be video on my channel again." He also repeatedly rocked the slide on a gun back and held it up to his cheek before saying it wasn't loaded. He then loaded the gun. The suspect then said, "I'm going to kill myself, but I have to take other people's lives before I take mine."

The state later called Kija Ireland, the director of the Juvenile Services Center at the Hamilton County Sheriff's Office.

Ireland said the suspect has no interactions with other kids in the division, just with staff members. He said the suspect was given Legos to play with, but they were taken away after he built a rifle with them. The Lego gun had many characteristics of a real rifle, Ireland said, such as a stock, magazine and a sighting. The suspect also pretended to fire the Lego rifle.

Ireland said the suspect has been complaint otherwise. He sees a mental health professional every weekday, and no concerns have been brought to Ireland's attention.

Cory and Julia Whistler, Ella's parents, were called to the stand. Cory said he was driving to an appointment when he found out about the shooting from Julia He later got another call from his wife, who told him Ella was shot.

"Our lives were changed that day because of a choice," Cory said. "A choice that we didn't make."

Julia said Ella has to go through six hours a week of occupational therapy and physical therapy, and her right arm still hasn't recovered. She struggles with anything that requires two hands, Julia said.

Julia said she can't button her pants, wash her hair, or tie her shoes.

Ella didn't want to be at the hearing, Julia said.

"She doesn't want to see [the suspect], ever again," Julia said.