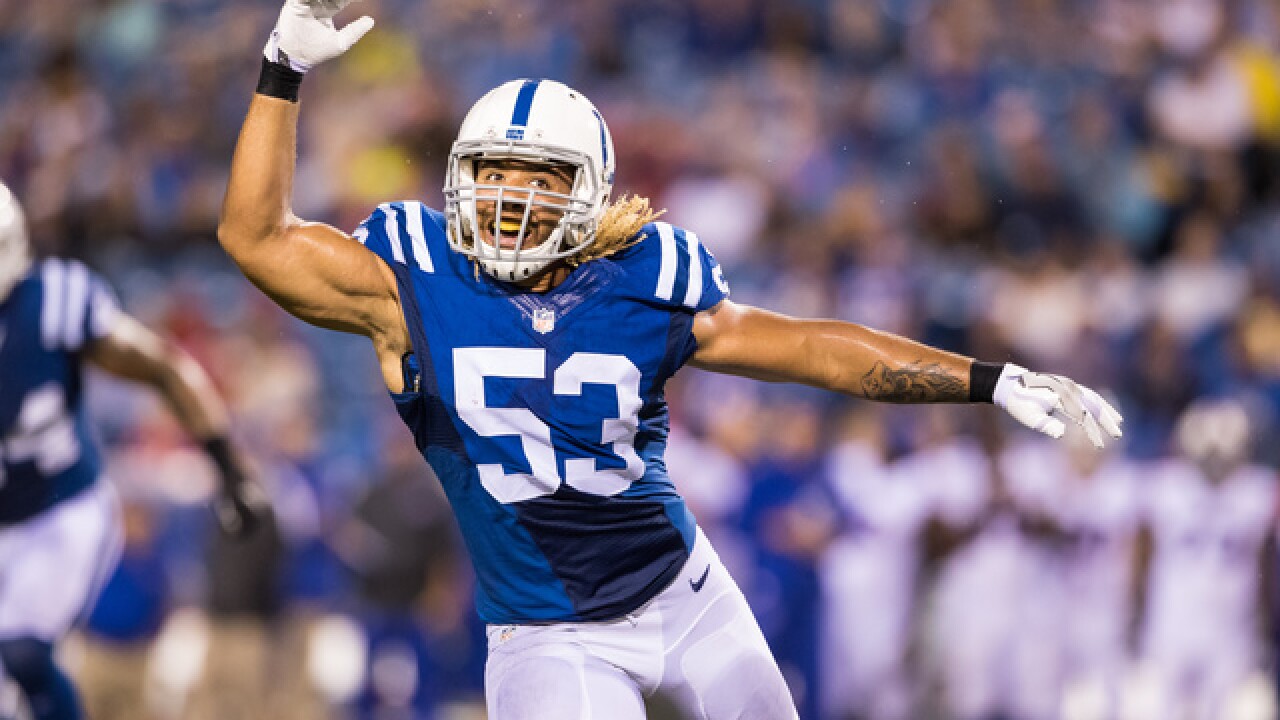 Copyright 2018 Scripps Media, Inc. All rights reserved. This material may not be published, broadcast, rewritten, or redistributed.
Brett Carlsen
ORCHARD PARK, NY - AUGUST 13: Edwin Jackson #53 of the Indianapolis Colts attempts to break up a pass during the game against the Buffalo Bills on August 13, 2016 at Ralph Wilson Stadium in Orchard Park, New York. Indianapolis defeats Buffalo 19-18. (Photo by Brett Carlsen/Getty Images) 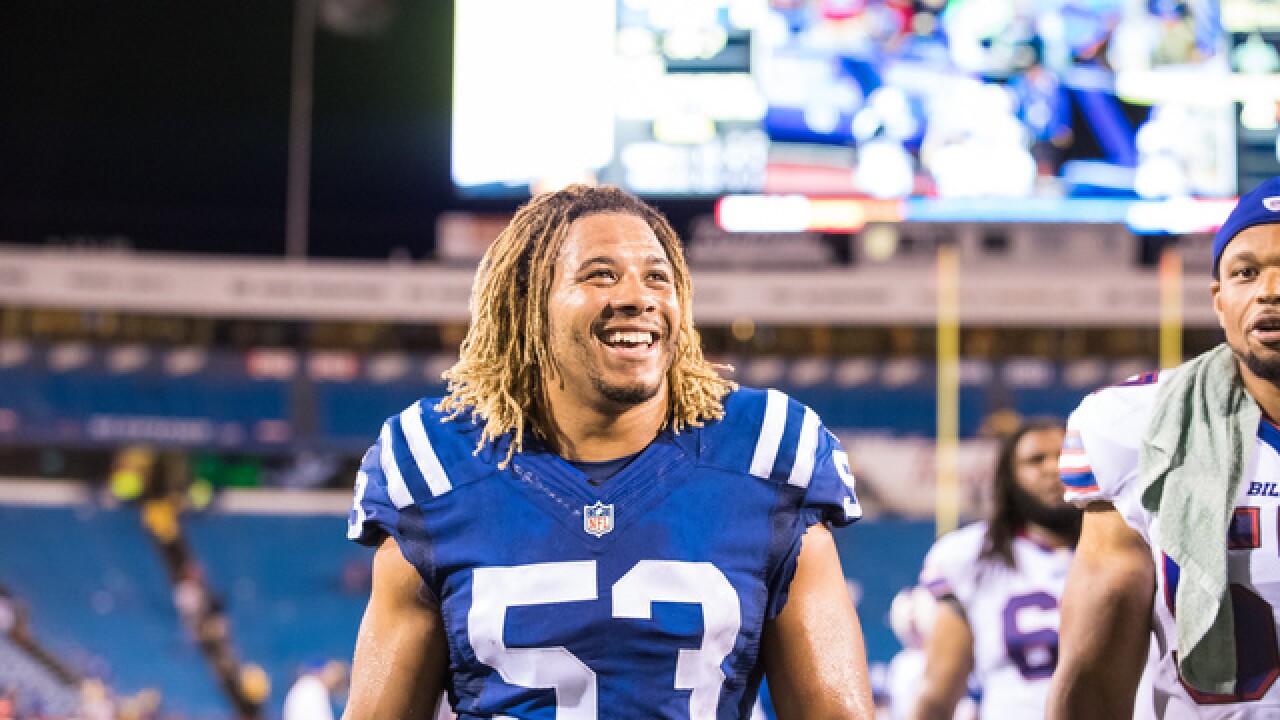 INDIANAPOLIS -- One of two men killed by a suspected drunk while standing outside a vehicle on the side of I-70 early Sunday morning is a Colts player.

“We were heartbroken to hear the news of Edwin Jackson’s passing,” the Colts said in a statement. “Edwin was loved by all in the Colts organization. We admired his outgoing personality, competitive spirit and hard-working mentality. He was well-respected among all with whom he crossed paths, and he will be greatly missed in our locker room and throughout our entire organization. We also understand that another person lost his life in the accident, only adding to our sorrow on this day. We are shocked and saddened by this tragedy, and our thoughts and prayers are with the families of both men during this difficult time.”

Our hearts and prayers are with Edwin Jackson’s family. Terrific young man, respected and liked by all. Rest In Peace, Edwin.

Jackson played 16 games for the Colts in 2016 and started 8. He spent the entire 2017 season on injured reserve.

READ | Two killed by alleged drunk driver on I-70 identified

It is with a heavy heart that we share the loss of one of our own.

Edwin Jackson always brought a smile to our locker room and the community. Our thoughts are with his family and friends during this difficult time.

Edwin Jackson loved the game of football and we're thankful to have been a part of his journey. #RIP53 pic.twitter.com/jh8ALwX3SL

The force of the crash threw one of the men into the middle of the road and a trooper coming up on the scene swerved to miss the crash, striking the body. Both men were pronounced dead at the scene. It is unclear which man was hit by the trooper or if he was dead before the trooper hit him.

The suspected drunk driver, Alex Cabrera Gonsales, 37, ran from the scene but was arrested by police trying to escape up an exit ramp.

Police say Gonsales was also driving without a license.